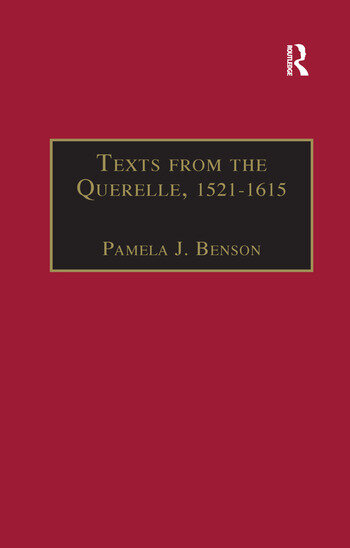 Misogyny and its opposite, philogyny, have been perennial topics in Western literature from its earliest days to the present day, but only at certain historic periods have pro-woman authors challenged fundamental negative assumptions about women by engaging in formal debate with misogynists and juxtaposing these two attitudes toward women in pairs or series of texts devoted exclusively to discussing womankind. This dialectic of attack on and defence of the female sex, known as the querelle des femmes (debate about women), was especially popular among authors and readers during the sixteenth and earlier seventeenth centuries in England. At least 36 texts exclusively devoted to attacking and/or defending women were published in the hundred years between 1540 and 1640. The works included in these two volumes exemplify the content and the methods of debate in England during those two centuries. Volume one includes texts from 1521 through to 1615.