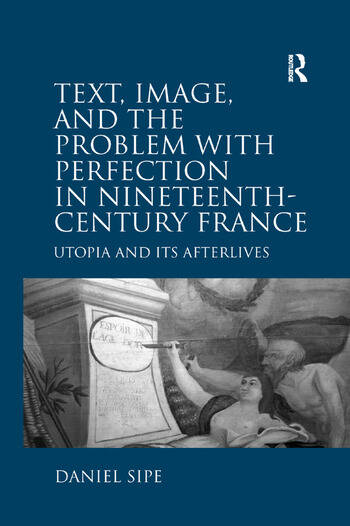 Text, Image, and the Problem with Perfection in Nineteenth-Century France: Utopia and Its Afterlives

In the decades after the French Revolution, philosophers, artists, and social scientists set out to chart and build a way to a new world and their speculative blueprints circulated like banknotes in a parallel economy of ideas. Examining representations of ideal societies in nineteenth-century French culture, Daniel Sipe argues that the dream-image of the literary or art-historical utopia does not disappear but rather is profoundly altered by its proximity to the social utopianism of the day. Sipe focuses on this persistent afterlife in utopias ranging from FranÃ§ois-René de Chateaubriand’s Amerindian utopia in Atala (1801) to the utopian spoof of J.J. Grandville’s illustrated novel Un autre monde (1844). He proposes a new reading of Etienne Cabet’s seminal utopian novel, Voyage en Icarie (1840) and offers an original perspective on the gendered utopias of technological inspiration that authors such as Charles Barbara and Auguste Villiers de l’Isle-Adam penned in the second half of the century. In addition, Sipe considers utopias or important readings of the century’s rampant utopianism in, among others, Victor Hugo, Alfred de Vigny, Théophile Gautier, Charles Baudelaire, and Gustave Courbet. His book provides the historical context for comprehending the significance and implications of this enigmatic afterlife in nineteenth-century utopian art and literature.

Daniel Sipe is Associate Professor of French at the University of Missouri, USA.

Text, Image, and the Problem with Perfection in Nineteenth-Century France: Utopia and Its Afterlives