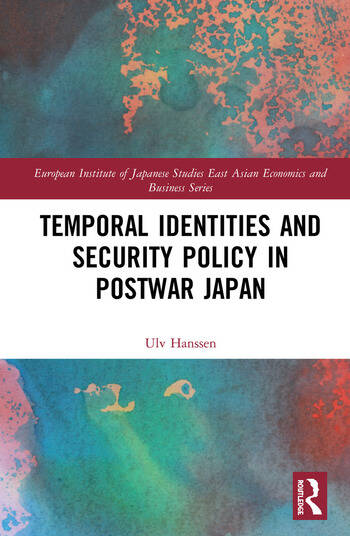 Through a discourse analysis of Japanese parliamentary debates, this book explores how different understandings of Japan’s history have led to sharply divergent security policies in the postwar period, whilst providing an explanation for the much-debated security policy changes under Abe Shinzō.

Analyzing the ways identities can be constructed through ‘temporal othering,’ as well as ‘spatial othering,’ this book examines the rise of a new form of identity in Japan since the end of the Cold War, one that is differentiated not from prewar and wartime Japan, but from postwar Japan. The champions of this identity, it argues, see the postwar past as a shameful period, characterized by self-imposed military restrictions, and thus the relentless chipping away of these limitations in recent years is indicative of how dominant this identity has become. Exploring how these military restrictions have shifted from being a symbol of pride to a symbol of shame, this book demonstrates the concrete ways in which the past can both enable and constrain policy.

will be invaluable to students and scholars of Japanese politics and foreign policy, as well as international relations more generally.

4. The historic experiment: Refusing to become a great military power, 1970–1980

7. Japan as a responsible member of the international community, 2000–2010

Ulv Hanssen is a lecturer at Soka University, Japan, and an associate research fellow at the Swedish Institute of International Affairs. His research interests include identity in postwar Japan and Japan’s international relations.