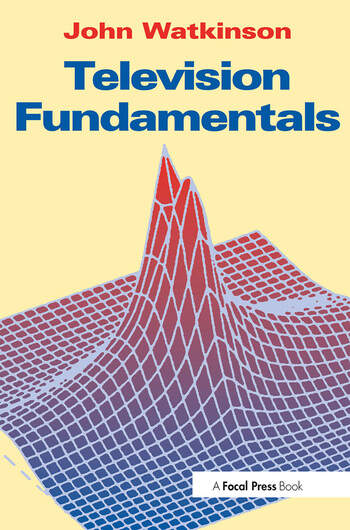 Television today means moving pictures in colour with sound, brought to the viewer by terrestrial or satellite broadcast, cable or recording medium. The technique and processes necessary to create, record, deliver and display television pictures form the major part of this book. Television Fundamentals is written in clear English, with a minimum of mathematics. Readers are taken, in a logical sequence of small steps, through the fundamental principles of the subject, with practical applications and a guide to troubleshooting included. Encoding, decoding, recording and transmission are treated in depth.John Watkinson is an independent consultant in digital video, audio and data technology. He is a Fellow of the AES and presents lectures, conference papers and training courses worldwide. he is the author of numerous other Focal Press books, including: Compression in Video and Audio, The Art of Digital Audio and The Art of Digital Video (now in their second editions), the Art of Data Recording, An Introduction to Digital Audio, An Introduction to Digital Video, The Digital Video Tape Recorder and RDAT.

John Watkinson is an independent international consultant in advanced applications of electronics to audiovisual and avionics systems. He is a Fellow of the AES, a member of the Society of Expert Witnesses, and the British Computer Society and is a chartered information systems practitioner. He presents lectures, seminars and training courses worldwide. He is the author of many other Elsevier books, including The Art of DigitalVideo, An Introduction to Digital Video, Convergence in Broadcast and Communications Media, Television Fundamentals and The Art of the Helicopter.

'Television Fundamentals is a comprehensive reference source covering all aspects of digital, video, VTR and non-linear video editing amongst its subjects, and will act as a useful guide to anyone working in the television and broadcast industries.'Lighting and Sound International"...a valuble resource to those Engineers and Technicians wishing to consolidate their knowledge base..."JOURNAL OF EDUCATIONAL MEDIA