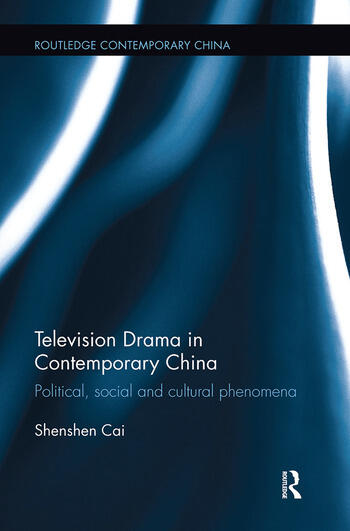 Due to high audience numbers and the significant influence upon the opinions and values of viewers, the political leadership in China attributes great importance to the impact of television dramas. Many successful TV serials have served as useful conduits to disseminate official rhetoric and mainstream ideology, and they also offer a rich area of research by providing insight into the changing Chinese political, social and cultural context.

This book examines a group of recently released TV drama serials in China which focus upon, and to various degrees represent, topical political, social and cultural phenomena. Some of the selected TV serials reflect the present ideological proclivities of the Chinese government, whilst others mirror social and cultural occurrences or provide coded and thought-provoking messages on China’s socio-economic and political reality. Through in-depth textual analysis of the plots, scenes and characters of these selected TV serials, the book provides timely interpretations of contemporary Chinese society, its political inclinations, social fashions and cultural tendencies. The book also demonstrates how popular media narratives of TV drama serials engage with sensitive civic issues and cultural phenomena of modern-day China, which in turn encourages a broader social imagination and potential for change.

1 Empresses in the Palace: Historical Drama and its Reflections on the Political

and Workplace Culture in Contemporary China

3 A Trans-Media Reading of a White-Collar Workplace Bestseller and its TV and Film Adaptations: A Story of Lala’s Promotion and Go Lala Go

4 Honey Bee Man: Divorced Women and an Elaboration of the Contemporary Chinese Female

5 See without Looking: From vulnerable people to competent and respectful citizens

6 Parents of the Single Child: China’s One-child Policy and its Social Repercussions

Shenshen Cai is a Lecturer in Chinese Studies at the University of Melbourne, Australia. She is the author of State Propaganda in China’s Entertainment Industry (Routledge 2016), and she has recently published articles in Social Semiotics (2015), Asian Studies Review (2016), and Visual Anthropology (2016).