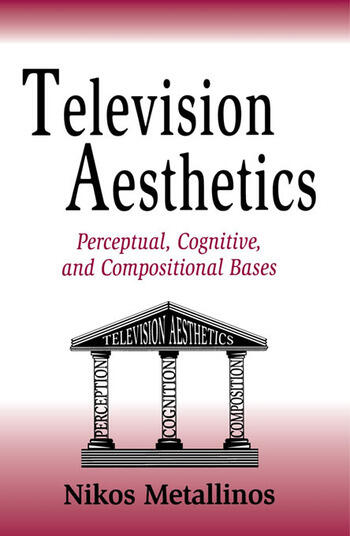 Based on effective empirical research from three axes -- perception, cognition, and composition -- the aesthetic principles of television images presented are drawn from converging research in academic disciplines such as psychology (perceptual, cognitive, and experimental), neurophysiology, and the fine arts (painting, photography, film, theater, music, and more). Although the aesthetics of the fine arts were traditionally built on contextual theories that relied heavily on subjective evaluation, on critical analyses, and on descriptive research methods, the aesthetics of today's visual communication media consider equally valuable empirical methodologies found in all sciences. Investigations in these different academic disciplines have provided the constructs and strengthened the foundations of the theory of television aesthetics offered in this book.

Special features include:
* a great variety of pictures supporting the topics discussed;
* a thorough, up-to-date, and specifically related bibliography for each of the major parts of the book;
* computer drawings illustrating the concepts examined in the text;
* scientific data -- tables and charts -- documenting the research findings cited;
* simplified explanations of the processes of visual, auditory, and motion perceptions of images, enhanced by specific diagrams;
* detailed analyses of the threefold process of stimulation, perception, and recognition of televised images; and
* workable, easy-to-understand and use rules of picture composition, visual image evaluations, and television program appreciation.

"This book provides a systematic and comprehensive introduction to the aesthetics of TV's sights and sounds. The author is an experienced practitioner and a researcher, both of which are reflected in his approach to the book's subject matter. The book will serve as a sound theoretical foundation in courses on TV production and criticism, but it will also provide a useful conceptual framework for scholars and conducting research of television aesthetics. Comprehensiveness and good organization are also two distinguishing properties of this book as a whole. The book will be a valuable resource for educators and students alike. It is a significant contribution to the advancement of visual scholarship."
—Visual Communication Quarterly