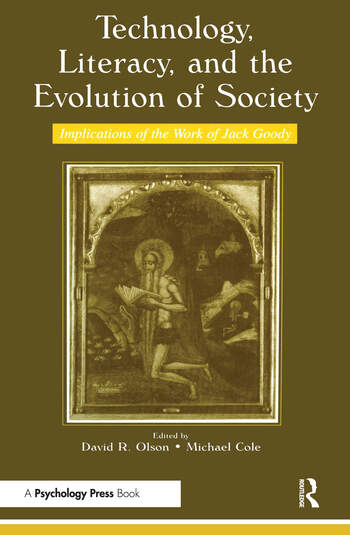 Technology, Literacy, and the Evolution of Society: Implications of the Work of Jack Goody

Inspired by the seminal work of Jack Goody, a historical anthropologist specializing in the study of social structure and change, Technology, Literacy, and the Evolution of Society gathers diverse perspectives of 20 distinguished historians, anthropologists, psychologists, and educators to address the role of technologies in social stability and change in traditional and modern societies. In this interdisciplinary text, scholars examine the ways in which local languages and cultural traditions, modes of production and communication, patterns of local knowledge and authority affect how people and cultures resist or accommodate demands for such change.

With work from acclaimed contributors, this pioneering volume is the first analysis of the influence of Jack Goody. It provides a thorough look at the relations between societies of different practices, customs, and values, determining the mechanisms behind sociocultural stability and change.

Technology, Literacy, and the Evolution of Society is intended for graduate students and academics in history, anthropology, psychology, sociology, and education, as well as academics and all others interested in pursuing the directions and implications of the work and influence of Jack Goody.

Technology, Literacy, and the Evolution of Society: Implications of the Work of Jack Goody