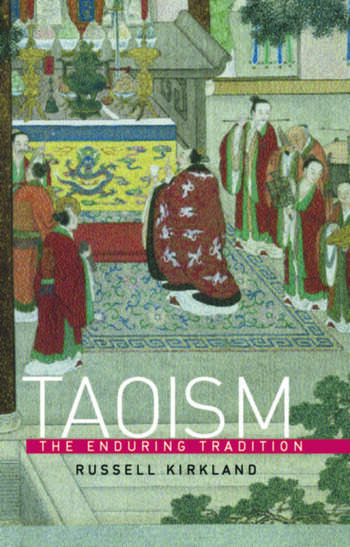 This clear and reliable introduction to Taoism (also known as Daoism) brings a fresh dimension to a tradition that has found a natural place in Western society. Examining Taoist sacred texts together with current scholarship, it surveys Taoism's ancient roots, contemporary heritage and role in daily life.
From Taoism's spiritual philosophy to its practical perspectives on life and death, self-cultivation, morality, society, leadership and gender, Russell Kirkland's essential guide reveals the real contexts behind concepts such as Feng Shui and Tai Chi.

Russell Kirkland is Associate Professor of Religion and Asian Studies at the University of Georgia. He is a member of the executive board of the Society for the Study of Chinese Religions, and of the board of directors of the U.S. Taoist Association. He has been writing on Taoism for over twenty years.

'Amid the paucity of reliable textbook and introductory treatments of Daoism, Kirkland’s work does an outstanding job of synthesizing contemporary scholarship with a highly readable overview of the historical, textual, and ritualistic aspects of Daoism. - Jeffrey Dippman, Central Washington University, Religious Studies Review