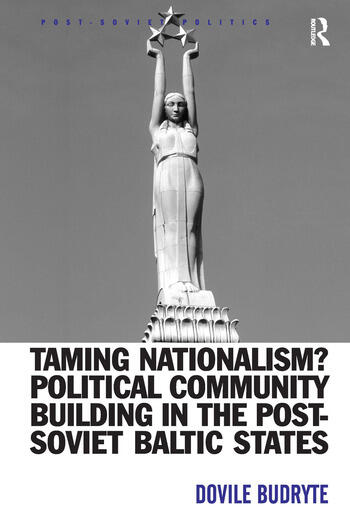 Revisiting the process of political community building in Estonia, Latvia and Lithuania, this book analyzes the roles that international actors have played in these processes and assesses the unintended consequences of this involvement. The study differs from other works on ethnic minorities and nationalism in the former Soviet Union by exploring the use of minority rights discourse and the salience of historical memory. Case studies examine the transformation of nationalism in Estonia, Latvia and Lithuania - all former Soviet republics - which have experienced Soviet nationalities policy first-hand. Primarily intended for an academic audience and practitioners interested in promoting tolerance in multi-ethnic societies, the book's historical narrative will also appeal to readers with a general interest in the former Soviet Union and post-Communism.

Dovile Budryte is an Assistant Professor of International Studies at Brenau University, USA. Her areas of interest include democratization and nationalism. She was a 2004 National Endowment for the Humanities grant recipient, 2000-01 Carnegie Council on Ethics and International Affairs (New York) Fellow, and a 1998-99 Fellow at the College for Advanced Central European Studies at Europa University Viadrina, Frankfurt (Oder), Germany, where she worked on a project dealing with historical memory in Eastern and Central Europe.

'Dovile Budryte challenges orthodoxy and breaks new ground in Taming Nationalism? Political Community Building in the Post-Soviet Baltic States. The setting is post-communist Baltic States, but the issues are no less global than identity. Through this volume, Budryte catapults to the top of those who write on nation, nationalism and democratic transition. This is a must read!' Daniel N. Nelson, University of New Haven, USA ’Taming Nationalism? Political Community Building in the Post-Soviet Baltic States is a not only a significant, theoretically grounded contribution to the scholarship on nationalism but also a brilliantly presented reassessment of the policy approaches to building national communities in post-communist societies. Budryte provides key insights into the politics of nation-building and democratization in the post-Soviet space, which are bound to challenge some of the views long held by both policy-makers and scholars.' Blagovest Tashev, George C. Marshall Association, Bulgaria 'Budryte's empirical chapters on ethnic politics in Estonia, Latvia and Lithuania are rich in information about how minority policies have evolved in these countries. In particular, she provides very useful tables detailing all of the changes in minority legislation that took place in each country during the 1990s.' Journal of Baltic Studies 'Budryte successfully details the development of nationalist policies in the Baltic States and the eventual change in areas of citizenship and language...Budryte's insight into the evolution of nationalism in the Baltic States is a worthy addition to the post-Soviet literature.' The Russian Review 'This concise book has the potential to become a standard reference for students of post-Soviet nationalism and is likely to be an invaluable contribution to the existing scholarship on the contemporary Baltic States.' Studies in Ethnicity and Nationalism '...a timely appraisal of the way three new multi-ethnic states are "coming of