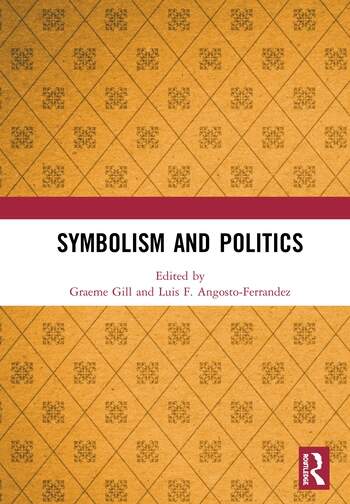 Symbolism and Politics is a timely intervention into ongoing debates around the function of political symbols in a historical period characterized by volatile electoral behaviour, fragmented societies in search of collective identifications, and increasingly polarized political models.

Symbols are central features of organized human life, helping to define perception, shaping the way we view the world and understand what goes on within it. But, despite this key role in shaping understanding, there is never a single interpretation of a symbol that everyone within the community will accept, and the way in which symbols can mobilize antagonistic political factions demonstrates that they are as much a central element in power struggles as they are avenues to facilitate processes of identification. This dual potential is the object of discussion in the chapters of this book, which sheds new light on our understanding of the political function of symbols in a historical period.

Symbolism and Politics will be of great interest to scholars working on Political Symbols, Nationalism, Regime Change and Political Transitions. The chapters originally published as a special issue of Politics, Religion & Ideology.

2. Corpses that Speak: Revolutionary Violence and Political Communication in Indonesia

3. The Political Lives of the ‘Disappeared’ in the Transition from Conflict to Peace in Colombia

6. Niyazov’s Ideology and its Symbolism: The Cult of the Leader, Nationalism and its Suppression of Critical Thinking

7. Plotters and Martyrs: The Justice and Development Party’s (AKP) Constituting of Political Actors in the 15 July Coup Event

8. From Resurrection and New Dawn to the Pirate Party: Political Party Names as Symbolizing Recent Transformations in the Political Field in Iceland

9. Changing the Face of Power: The Literary Re-education of a Dictator

Graeme Gill is Professor Emeritus at the University of Sydney, Australia. Among his recent books are Symbols and Legitimacy in Soviet Politics (2011) and Symbolism and Regime Change in Russia (2013).

Luis F. Angosto-Ferrandez is a Senior Lecturer at the University of Sydney, Australia. He is author of Venezuela Reframed (2015) and co-editor of Anthropologies of Value (2016).