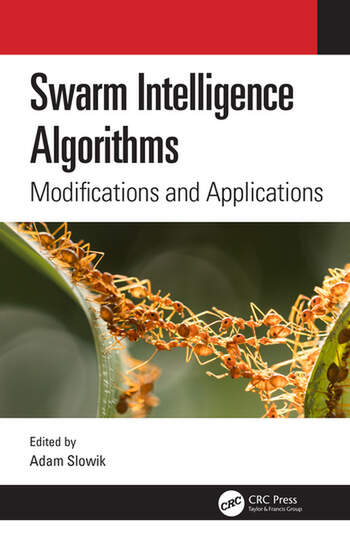 This book presents 24 swarm algorithms together with their modifications and practical applications. Each chapter is devoted to one algorithm. It contains a short description along with a pseudo-code showing the various stages of its operation. In addition, each chapter contains a description of selected modifications of the algorithm and shows how it can be used to solve a selected practical problem.

This book should also be useful for undergraduate and postgraduate students studying nature-based optimization algorithms, and can be a helpful tool for learning these algorithms, along with their modifications and practical applications. In addition, it can be a useful source of knowledge for scientists working in the field of artificial intelligence, as well as for engineers interested in using this type of algorithms in their work.

If the reader wishes to expand his knowledge beyond the basics of swarm intelligence algorithms presented in this book and is interested in more detailed information, we recommend the book "Swarm Intelligence Algorithms: A Tutorial" (Edited by A. Slowik, CRC Press, 2020). It contains a detailed explanation of how each algorithm works, along with relevant program codes in Matlab and the C ++ programming language, as well as numerical examples illustrating step-by-step how individual algorithms work.

Adam Slowik (IEEE Member 2007; IEEE Senior Member 2012) is an Associate Professor in the Department of Electronics and Computer Science, Koszalin University of Technology. His research interests include soft computing, computational intelligence, and, particularly, bio-inspired optimization algorithms and their engineering applications. He was a recipient of one Best Paper Award (IEEE Conference on Human System Interaction - HSI 2008).