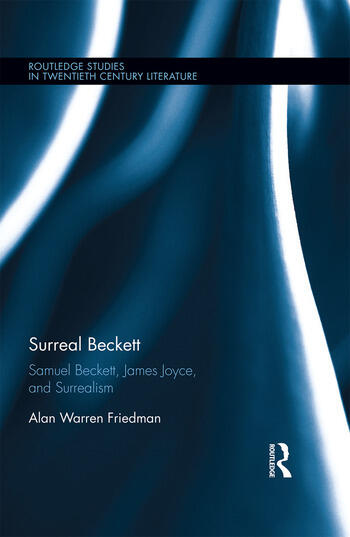 Surreal Beckett situates Beckett‘s writings within the context of James Joyce and Surrealism, distinguishing ways in which Beckett forged his own unique path, sometimes in accord with, sometimes at odds with, these two powerful predecessors. Beckett was so deeply enmeshed in Joyce’s circle during his early Paris days (1928 - late 1930s) that James Knowlson dubbed them his "Joyce years." But Surrealism and Surrealists rivaled Joyce for Beckett’s early and continuing attention, if not affection, so that Raymond Federman called 1929-45 Beckett’s "surrealist period." Considering both claims, this volume delves deeper into each argument by obscuring the boundaries between theses differentiating studies. These received wisdoms largely maintain that Beckett’s Joycean connection and influence developed a negative impact in his early works, and that Beckett only found his voice when he broke the connection after Joyce’s death. Beckett came to accept his own inner darkness as his subject matter, writing in French and using a first-person narrative voice in his fiction and competing personal voices in his plays. Critics have mainly viewed Beckett’s Surrealist connections as roughly co-terminus with Joycean ones, and ultimately of little enduring consequence. Surreal Beckett argues that both early influences went much deeper for Beckett as he made his own unique way forward, transforming them, particularly Surrealist ones, into resources that he drew upon his entire career. Ultimately, Beckett endowed his characters with resources sufficient to transcend limitations their surreal circumstances imposed upon them.

Chapter 5 : Dreams, Birth, and Beyond

Appendix 1: Beckett and Surrealism: A Chronology

Alan Friedman, Thaman Professor of English and Comparative Literature at the University of Texas, Austin, has also taught at universities in England, France, and Ireland. His five authored books include Fictional Death and The Modernist Enterprise, Party Pieces: Oral Storytelling and Social Performance in Joyce and Beckett, and Multivalence: The Moral Quality of Form in the Modern Novel, and monographs on Lawrence Durrell and William Faulkner.