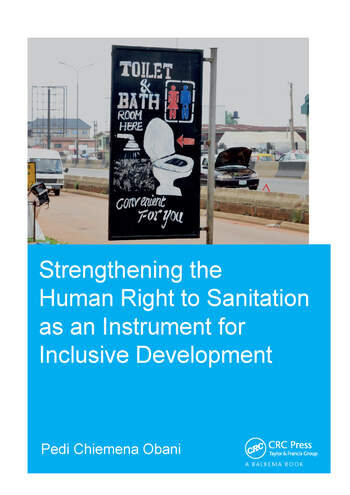 Over a third of the current 7.3 billion people worldwide are burdened with poor sanitation services. The resulting social, relational and ecological exclusion make the realisation of the human right to sanitation (HRS) a critical concern development concern. However, the literature has evolved in a largely compartmentalised manner, focusing on the formal recognition of the HRS in domestic legal systems, without sufficiently addressing the drivers of poor sanitation services.

This research expounds on the impact of the HRS on human wellbeing and the environment within the context of a developing country like Nigeria as a case study. The findings show that contrary to the focus in the literature, the drivers of poor sanitation services are not confined to legal factors, such as the formal recognition of the HRS within domestic legal systems. Rather, the drivers include social, economic and environmental limitations to improved sanitation services.

Based on the findings, the book argues that the focus in the literature on the formal recognition of the HRS in national legal systems is insufficient for tackling the main drivers of poor sanitation services. It is therefore necessary to reformulate the HRS discourse using complementary governance instruments that advance social, relational and ecological inclusion.

Pedi Chiemena Obani is Lecturer in the Department of Public Law at the University of Benin. She has also been a Barrister and Solicitor of the Supreme Court of Nigeria for over a decade, and she works as part of the advisory board of international organisations like the Initiative for Equality (IfE). Against the background of her interest in law as an instrument for social change, Pedi adopts an empirical socio-legal approach to the study of the human to sanitation. Her research covers central themes such as access, allocation, and pluralism in sanitation and water governance institutions across different scales, from the household and local scales through to the international scale. This book essentially integrates her research and professional experience in sanitation and water science, policy and management, since 2012. 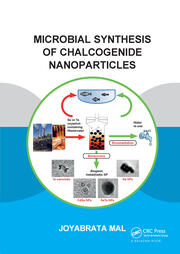 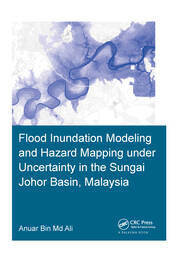 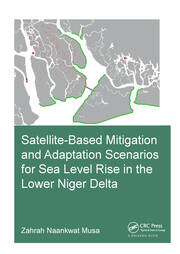