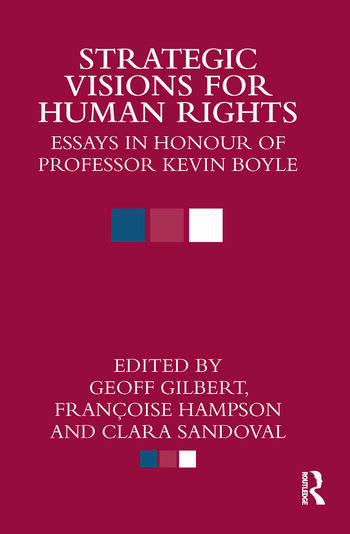 Strategic Visions for Human Rights takes a multi-disciplinary approach to future directions for human rights. It looks beyond what international human rights treaties have so far established and considers the context in which rights in the twenty-first century might develop to meet needs. The book examines how international law might be utilized to protect groups rather than just individual members of the group and it also calls into question the liberal positivist approach to international law that provides the framework for human rights norms.

The contributors to this volume are well-known academics in the field of human rights and include Francesca Klug, Conor Gearty, David Beetham and Asbjorn Eide. Amongst some of the issues addressed in the book are the future of the European Court of Human Rights, the role of academics play in engendering transition to post-conflict democratic states, and human rights and religious pluralism.

Geoff Gilbert, Françoise Hampson and Clara Sandoval are all members of the School of Law at the University of Essex, UK.