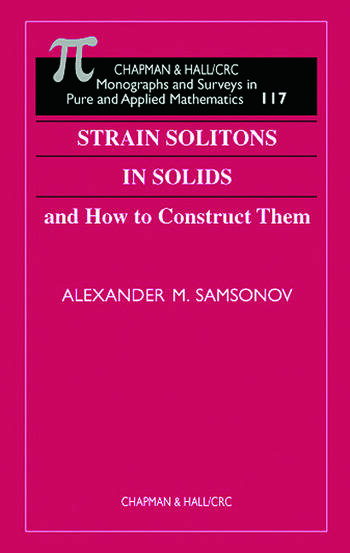 Strain Solitons in Solids and How to Construct Them

Although the theory behind solitary waves of strain shows that they hold significant promise in nondestructive testing and a variety of other applications, an enigma has long persisted-the absence of observable elastic solitary waves in practice. Inspired by this apparent contradiction, Strain Solitons in Solids and How to Construct Them refines the existing theory, explores how to construct a powerful deformation pulse in a waveguide without plastic flow or fracture, and proposes a direct method of strain soliton generation, detection, and observation.

The author focuses on the theory, simulation, generation, and propagation of strain solitary waves in a nonlinearly elastic, straight cylindrical rod under finite deformations. He introduces the general theory of wave propagation in nonlinearly elastic solids and shows, from first principles, how its main ideas can lead to successful experiments. In doing so, he develops a new approach to solving the corresponding doubly dispersive equation (DDE) with dissipative terms, leading to new explicit and exact solutions. He also shows that the method is applicable to a variety of nonlinear problems.

First discovered in virtual reality, nonlinear waves and solitons in solids are finally moving into the genuine reality of physics, mechanics, and engineering. Strain Solitons in Solids and How to Construct Them shows how to balance the mathematics of the problem with the application of the results to experiments and ultimately to generating and observing solitons in solids.

"Samsonov's book, Strain Solitons in Solids and How to Construct Them is an original one. It clearly deserves to be on the shelves of all researchers interested in the nonlinear dynamical elasticity of structures."
- Applied Mechanics Reviews, Vol. 54, No. 4, July 2001 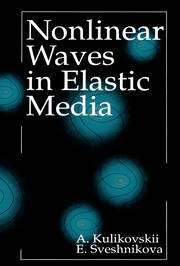 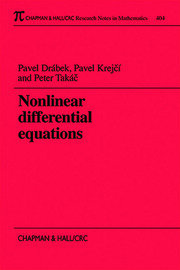 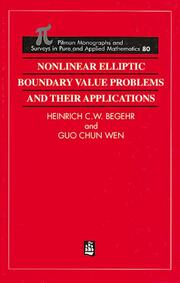 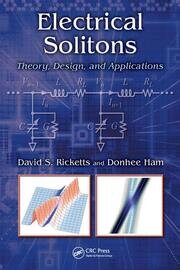 Strain Solitons in Solids and How to Construct Them