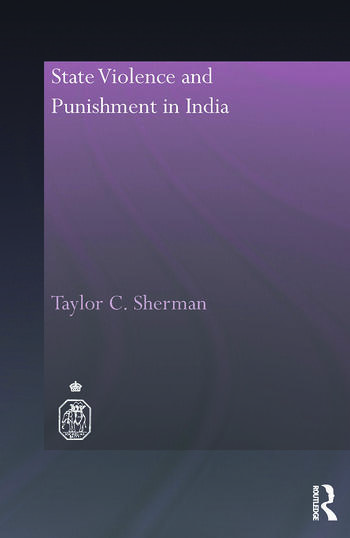 State Violence and Punishment in India

Exploring violent confrontation between the state and the population in colonial and postcolonial India, this book is both a study of the many techniques of colonial coercion and state violence and a cultural history of the different ways in which Indians imbued practices of punishment with their own meanings and reinterpreted acts of state violence in their own political campaigns.

This work examines state violence from a historical perspective, expanding the study of punishment beyond the prison by investigating the interplay between imprisonment, corporal punishment, collective fines and state violence. It provides a fresh look at seminal events in the history of mid-twentieth century India, such as the massacre at Jallianwala Bagh, the non-cooperation and civil disobedience movements, the Quit India campaign, and the Hindu-Muslim riots of the 1930s and 1940s. The book extends its analysis into the postcolonial period by considering the ways in which partition and then the struggle against a communist insurgency reshaped practices of punishment and state violence in the first decade after independence. Ultimately, this research challenges prevailing conceptions of the nature of the state in colonial and postcolonial India, which have tended to assume that the state had the ambition and the ability to use the police, military and bureaucracy to dominate the population at will. It argues, on the contrary, that the state in twentieth-century India tended to be self-limiting, vulnerable, and replete with tensions.

Relevant to those interested in contemporary India and the history of empire and decolonisation, this work provides a new framework for the study of state violence which will be invaluable to scholars of South Asian studies; violence, crime and punishment; and colonial and postcolonial history.

Taylor C. Sherman began her career teaching Extra-European history at the University of Cambridge, and is currently an AHRC Research Fellow at Royal Holloway, University of London.

State Violence and Punishment in India