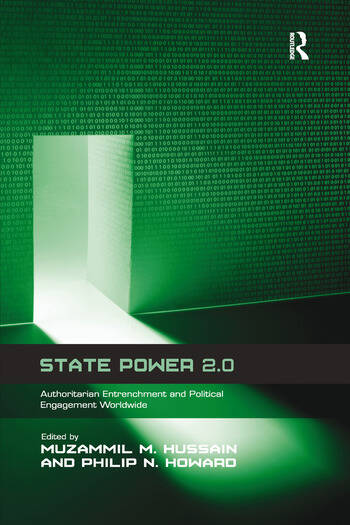 Digital media and online social networking applications have changed the way in which dissent is organized with social movement leaders using online applications and digital content systems to organize collective action, activate local protest groups, network with international social movements and share their political perspectives. In the past, authoritarian regimes could control broadcast media in times of political crisis by destroying newsprint supplies, seizing radio and television stations, and blocking phone calls. It is much more difficult to control media in the digital age though there have certainly been occasions when states have successfully shut down their digital networks. What causes state-powers to block internet access, disable digital networks or even shut off internet access? How is it done, what is the impact and how do dissidents attempt to fight back? In this timely and accessible volume a collection of high profile, international scholars answer these key questions using cases from Israel, Iran, Russia, Morocco, Vietnam and Kuwait and assess the political economy of the actors, institutions and regimes involved and effected by the state-management and control of digital networks.

Muzammil M. Hussain is Assistant Professor of Global Media Studies at the University of Michigan’s Department of Communication Studies, and Faculty Associate at the Institute for Social Research’s Center for Political Studies. He tweets from @m_m_hussain. Philip N. Howard is a professor in the School of Public Policy at Central European University . His writings appear at

’Interest in how governments use, manipulate, or even shut down the internet in the service of state power has been growing at a fever pitch. This collection provides an insightful framework for understanding these dynamics as well as an impressive array of individual chapters that will undoubtedly become an essential scholarly resource in this area for years to come.’ Michael Xenos, University of Wisconsin-Madison, USA ’When Time magazine named You� as its person of the year in 2006, few could foresee how swiftly both authoritarian and democratic states would learn to control political participation on the internet. This landmark comparative study brings to light the tactics states are using to protect their authority and manage dissent. Amid huge claims about the power of technology to drive political change, this volume provides concrete analysis across a range of national media ecologies and hundreds of events. Paradoxically, by bringing us back down to earth the authors help us understand better how our voices might be heard and change realised.’ Ben O’Loughlin, Royal Holloway, University of London, UK