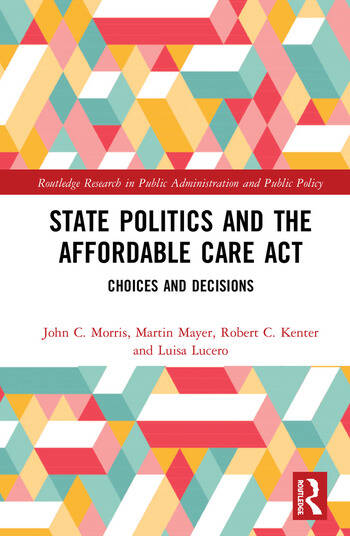 State Politics and the Affordable Care Act: Choices and Decisions

After a great deal of discussion and debate across all levels of government, President Obama signed the Affordable Care Act (ACA) into law in March 2010. Since President Trump's election into office, the ACA has stayed in the headlines. Trump has continued to call for the replacement and repeal of the ACA, and several efforts have spawned in both the House and the Senate to accomplish this goal. Unlike welfare reform, which was generally embraced by all states, the ACA has proven very divisive in some states, with some states actively seeking to block implementation. Alternative solutions continue to prove elusive.

To better understand the major factors driving decision-making process and state-level dynamics influencing state support or opposition of the ACA, this book examines the initial implementation through established support and opposition factors across four states: Alabama, Michigan, California, and New Hampshire. The choices made by states are a direct consequence of long-term forces, and the choices made at the national level.

State Politics and the Affordable Care Act will be of interest to scholars researching in public administration, policy formulation and implementation, and policy analysis.

2. Getting to Obamacare: A History of Health Care Reform in the U.S.

6. Dueling Sentiments: Michigan and the ACA

7. Live Free or Die: New Hampshire and the ACA

9. The Broader Lessons of State Implementation of the ACA

John C. Morris is Professor of Public Administration in the School of Public Service, and Professor of Political Science at Old Dominion University. He holds a PhD from Auburn University, and has studied collaboration and public-private partnerships for more than 20 years. Dr. Morris has published widely in public administration and public policy.

received his Ph.D. from the School of Public Service at Old Dominion University in the fall of 2016. Martin’s research interests include healthcare policy, local government innovation, and environmental policy. His work has been published in Social Science Quarterly, Politics and Policy, The Social Science Journal, and Politics and the Life Sciences.

holds an MPA from Troy University, Alabama, and a PhD from the School of Public Service, Old Dominion University, Norfolk Virginia. His research interest includes collaboration, privatization, and southern politics. His work has appeared in several journals and edited books.

graduated with a PhD from the School of Public Service at Old Dominion University in 2017. Her dissertation focused on state-level health policy design, and she is currently working on additional research projects examining health policy.

State Politics and the Affordable Care Act: Choices and Decisions