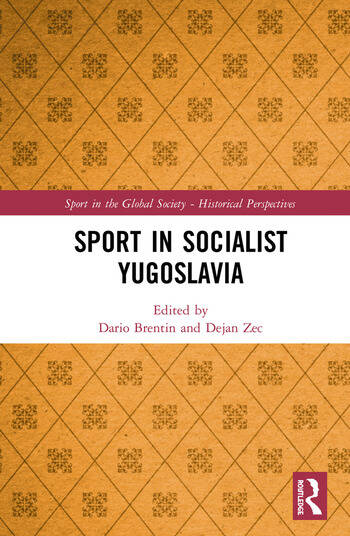 The history of sport in socialist Yugoslavia is a peculiar lens through which to examine the country’s social, cultural and political transformations. Sport is represented as one of the most popular and engaging cultural phenomena of social life. Sport both embodied the social dynamics of the socialist period as well as revealing questions of the everyday lives of the Yugoslav people. Ultimately, sport was closely intertwined with the country’s overall destiny. This volume offers an introduction into the myriad social functions that sport served in the Yugoslav socialist project. It illustrates how sport was central to the establishment of Yugoslavia’s physical and leisure culture in the early post-Second World War period, an international promotional tool for Yugoslav communists championing the ideological superiority of the ‘Brotherhood and Unity’ and the Non-Aligned Movement, as well as a social field in which the ideological contradictions of Yugoslav socialism became increasingly apparent. The chapters expand the existing knowledge of the processes that defined Yugoslav sport and contribute to a more nuanced understanding of socialist Yugoslavia in the years between 1945 and 1991.

This book was originally published as a special issue of The International Journal of the History of Sport.

1. From the Concept of the Communist ‘New Man’ to Nationalist Hooliganism: Research Perspectives on Sport in Socialist Yugoslavia

3. How Doing Sport Became a Culture: Producing the Concept of Physical Cultivation of the Yugoslavs

5. Like a Bridge Over Troubled Adriatic Water: The Complex Relationship between Italian and Yugoslavian Sporting Diplomacy (1945-1954)

6. Laying the Foundations of Physical Culture: The Stadium Revolution in Socialist Yugoslavia

8. The 1984 Sarajevo Winter Olympics and Identity-Formation in Late Socialist Sarajevo

9. Blind-Alleys on the Road to Communism: ‘Isms’ of the Automobile Sport in Socialist Yugoslavia, 1945-1992

is a Researcher at Grenoble Ecole de Management, France, and a PhD candidate at the University of Belgrade, Serbia. He has published widely on social history, history of everyday life, sport and leisure history, and history of health care in former Yugoslavia.