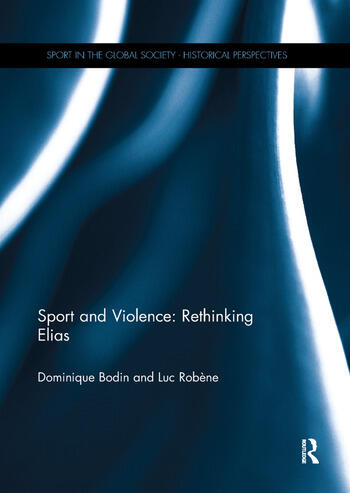 The aim of this book, in discussing Elias’s theory, is not to refute it. Tendentiously, the theory works with its weaknesses and strong points and it has been enriched by a number of authors over time. The objective of this volume is to discuss the blind spots and, more simply, what is too often taken for granted: namely the obvious pacifying effect of sports and/or produced by sports. This analysis has been guided by two perspectives: the sociological one which questions the "naturalization" of sport which is also the naturalization of the "wildlings" which have to be civilized, and the other which comes from philosophical anthropology and attempts to comprehend the long term characteristics of this union – or disunion – of sport and violence. This book was previously published as a special issue of the International Journal of the History of Sport.

1. Sport and Civilisation: Violence Mastered. From the Lack of a Definition for Violence to the Illusory Pacifying Role of Modern Sports
Dominique Bodin and Luc Robène

3. Role Distance in Question: When it is No Longer Participating But Winning Which is Important
Luc Robène and Dominique Bodin

4. Sport to the Rescue of the Suburbs: Sport to Educate? Sport to Reassure? When Politicians Respond to the Signs of Disturbance of Law and Order
Dominique Bodin and Luc Robène

Dominique Bodin is a Professor at the University of Paris East Créteil (UPEC). France

Luc Robène is a Professor at the University of Bordeaux. France