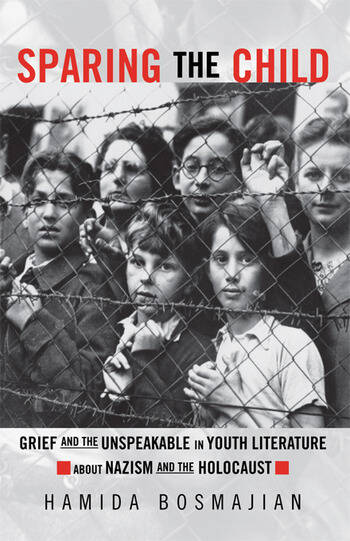 Sparing the Child: Grief and the Unspeakable in Youth Literature about Nazism and the Holocaust

Bosmajian explores children's texts that have either a Holocaust survivor or a former member of the Hitler Youth as a protagonist.

Hamida Bosmajian is Professor of English at Seattle University.

"Rigorous, well researched, and innovative . . . an invaluable resource for students, teachers, librarians, scholars, and parents . . . Highly recommended for all collections." -- Choice
"Because no end's in sight, of need to face what happened not too many decades ago, this ground-breaking study comes when we indeed do need it. Of all our gaping imponderables, that of "children used and abused in history" (as Hamida Bosmajian puts it) remains most raw and painful. What's more, she does that rare thing, giving us images and interpretation of both sides, German and Jewish. Especially for a new century and new generations, there's much to learn and ponder here." -- John Felstiner, author of PAUL CELAN: POET, SURVIVOR, JEW and SELECTED POEMS AND PROSE OF PAUL CELAN
"This study is a "must read" not only for educators, and not only for those with special interest in the Holocaust and the complex issues associated with speaking about the unspeakable, but for all of us who invest some measure of trust--and of caution--in the power of the word." -- Ernestine Schlant, Professor of German and Comparative Literature, Montclair State University.
"As I read it, Bosmajian's is a stern exhortation for us to read with awareness of the limits of the word, of art itself, and a spur to the writers to confront the unspeakable." -- Peter Neumeyer, Professor Emeritus, San Diego State University
"Outstanding Academic Title 2003." -- Choice
"Those who teach children's Holocaust literature will find this book useful and appealing. The extensive bibliography is excellent. Educators and professors will be grateful for the depth of Bosmajian's knowledge of the subject and surely will assign many of these chapters to create lively discussion of young adult Holocaust literature." -- Lisa Silverman, Children's Literature Association Quarterly

Sparing the Child: Grief and the Unspeakable in Youth Literature about Nazism and the Holocaust