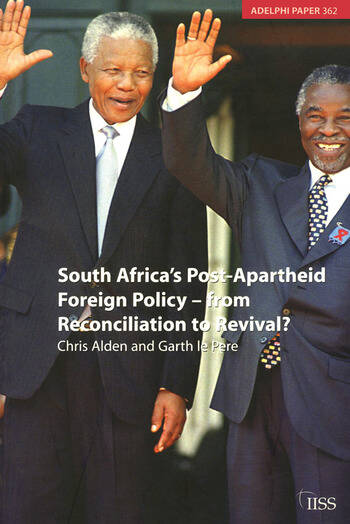 The book presents and analyses South African foreign policy, from the onset of the democratic transition of Nelson Mandela in 1994 to the contemporary period. The focus of the study is on the question of South African leadership in the context of this transition.

"Dr Chris Alden is a Senior Lecturer in International Relations at the London School of Economics and Political Science. He has published widely on the international politics of Southern Africa, including Apartheid's Last Stand: the rise and fall of the South African Security State (Palgrave, 1996) and Mozambique and the Construction of the New African State (Palgrave, 2001). Dr Alden taught at the University of Witwatersrand from 1990 to 1999. Dr Garth le Pere is the Executive Director of the Institute for Global Dialogue, based in Johannesburg and broadly concerned with research and analysis of South Africa's international relations. His areas of interest include South African foreign policy, regional integration in Southern Africa, issues of development and state-society relations in Africa and multilateral trade and international political economy. He has published in all these areas and also lectures at various South African universities. "