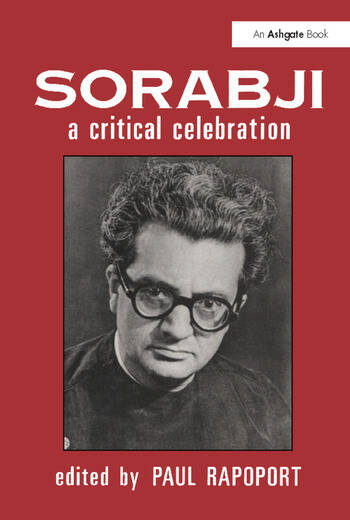 Kaikhosru Shapurji Sorabji (1892-1988) was an unusual legend in his own lifetime: a Parsi composer and critic living in England whose compositions are of such length and difficulty that he felt compelled to ban public performances of them. This book, the first devoted to Sorabji, explores his life and character, his music, his articles and letters. It both presents the legend accurately and dispels its exaggerated aspects. The portrait which emerges is not of a crank or eccentric but of a highly original and accomplished musical thinker whom recent performances and recordings confirm as unique and important. Most of the contributors knew Sorabji personally. They have all written about or performed his music, gaining international recognition for their work. Generous quotation of Sorabji's published and unpublished music and prose assists in bringing him and his work strikingly to life. The book also contains the most complete and accurate register of his work ever published.

’Anyone deciding to invest in this book.....will encounter a visionary intellect of unique sensitivity and power. It is at last possible to see into the heart of one of the most extraordinary and deeply feeling creative geniuses of the 20th century’. Kevin Bowyer, Music Magazine ’an eminently readable resumé of the life and work of an intellectual giant whose successor is unlikely to be found within the next century.....I have thoroughtly enjoyed reading Paul Rapoport's book and can recommend it to anyone wishing to learn more about this composer.....I think that Paul Rapoport's critical appraisal will go a long way to explaining some of the myths surrounding this enigmatic figure of 20th century music and I hope that many of our perceptive readers will rush to obtain the book!’. Douglas Carrington, 'The Organ' ’A Critical Celebration looms as one of those rare and gratifying instances in which the scholarly ideal is triumphantly achieved: important, necessary work - much of it basic spadework - has been carried through with thoroughness and elegance, and presented as a graciously salient contribution to humance letters’. Adrian Corleonis, Fanfare: Vol XVII,2 ’Essential reading for the enthusiast, anyone interested in this curious figure should investigate what will obviously become the standard work on its subject for many years’ The Delius Society ’A Critical Celebration has been superbly composed� and not only reads compellingly but leaves one avid for more.’ The Sorabji Archive ’This book, of impeccable scholarship and eminent readability, is a giant step towards the evaluation of Sorabji’