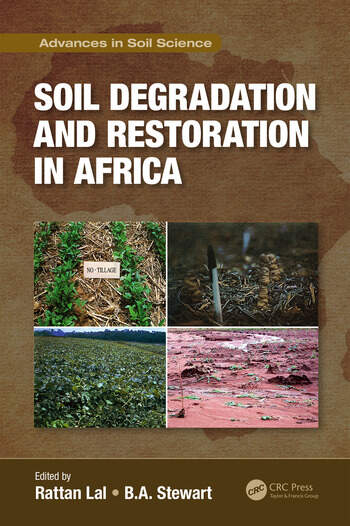 Soil Degradation and Restoration in Africa

Rattan Lal, B. A. Stewart

Soil degradation is a widespread problem in Africa resulting in decreased agricultural productivity while demand for food continues to increase. Degradation is caused by accelerated erosion, acidification, contamination, depletion of soil organic matter and plant nutrients, and salinization. The major cause of soil degradation in Africa is uncontrolled and excessive grazing in the savanna regions followed by deforestation and the use of inappropriate and extractive farming practices.

Perpetual neglect of the health of soils in Africa can exacerbate the already serious problems of food and nutritional insecurity and environmental degradation. Food and nutritional security of the growing population of Africa can only be achieved if degraded soils are restored and soils of agroecosystems are managed prudently and sustainably. Ignoring soils and taking the fragile, finite and precious soil resources for granted is the principal cause of poverty, hunger, and environmental degradation. The downward spiral must be reversed through soil restoration measures based on translating science into action.

Part of the Advances in Soil Sciences series, this volume is specifically devoted to the processes and factors that cause soil degradation and the challenges and potential for remediation and restoration of soil health in Africa.

, is a Distinguished University Professor of Soil Science and Director of the Carbon Management and Sequestration Center, The Ohio State University, and an Adjunct Professor of University of Iceland. His current research focus is on climate-resilient agriculture, soil carbon sequestration, sustainable intensification, enhancing use efficiency of agroecosystems, and sustainable management of soil resources of the tropics. He received honorary degree of Doctor of Science from Punjab Agricultural University (2001), the Norwegian University of Life Sciences, Aas (2005), and Alecu Russo Balti State University, Moldova (2010). He was president of the World Association of the Soil and Water Conservation (1987-1990), the International Soil Tillage Research Organization (1988-91), the Soil Science Society of America (2005-2007), and is President Elect of International Union of Soil Science. He was a member of the Federal Advisory Committee on U.S. National Assessment of Climate Change-NCADAC (2010-2013), member of the SERDP Scientific Advisory Board of the US-DOE (2011-), Senior Science Advisor to the Global Soil Forum of Institute for Advanced Sustainability Studies, Potsdam, Germany (2010-), member of the Advisory Board of Joint Program Initiative of Agriculture, Food Security and Climate Change (FACCE-JPI) of the European Union (2013-), and Chair of the Advisory Board of Institute for Integrated Management of Material Fluxes and Resources of the United Nation University (UNU-FLORES), Dresden, Germany (2014-2017). Prof. Lal was a lead author of IPCC (1998-2000). 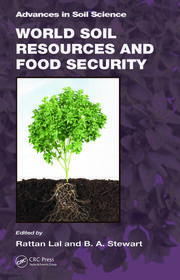 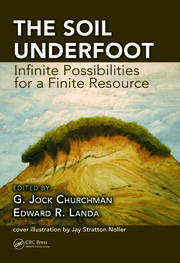 The Soil Underfoot: Infinite Possibilities for a Finite Resource 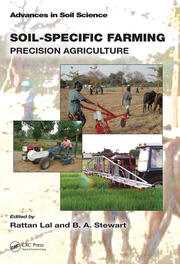 Soil Degradation and Restoration in Africa