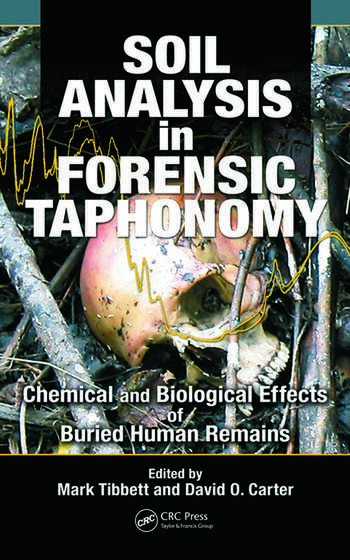 A burial environment is a complex and dynamic system. It plays host to an abundance of interdependent chemical, physical, and biological processes, which are greatly influenced by the inclusion of a body and its subsequent decay. However, while taphonomy continues to emerge as a valuable forensic tool, until now most of the attention has been on the cadaver rather than the grave itself.
Soil Analysis in Forensic Taphonomy: Chemical and Biological Effects of Buried Human Remains is the first book to concentrate entirely on the telling impact of soil and its components on the postmortem fate of human remains. Examining the basic physicochemical composition of the soil as it relates to forensic science and taphonomy, leading experts from across the world—

·         Offer an introduction to the nature, distribution, and origin of soil materials in forensic comparisons

·         Discuss the action of biological soil components, including invertebrates, fungi, and bacteria

·         Address rates and processes of decomposition and time of death estimates

·         Provide extensive information on the decomposition of hair

Edited by Mark Tibbett, a soil microbiologist and David Carter, a forensic scientist, this unique resourceprovides an up-to-date overview of fundamental scientific principles and methods used in forensic taphonomy from a soils-based perspective. It provides an understanding of the processes at work, as well as practical methods and advice for those involved with active investigation.

… an interesting read and the editors are to be commended for bringing together an overall excellent group of contributors.
—James Robertson, Forensic and Data Centres, Australian Federal Police, Canberra, Australia, in Australian Journal of Forensic Science, June 2009 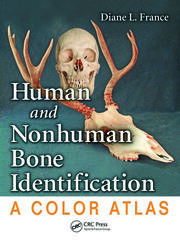 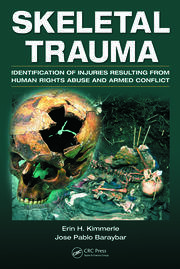 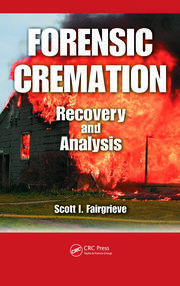