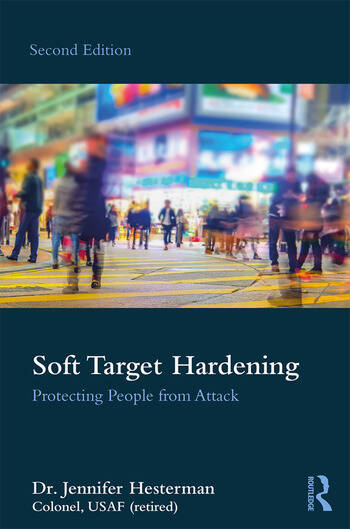 The US government spends billions of dollars to secure strategic and tactical assets at home and abroad against enemy attack. However, as "hard targets" such as military installations and government buildings are further strengthened, vulnerable soft targets are increasingly in the crosshairs of terrorists and violent criminals. Attacks on crowded spaces such as churches, schools, malls, transportation hubs, and recreational venues result in more casualties and have a powerful effect on the psyche of the populace. Soft Target Hardening: Protecting People from Attack, Second Edition, continues the national dialogue started by the first edition by providing case studies, best practices, and methodologies for identifying soft target vulnerabilities and reducing risk in the United States and beyond.

Soft target attacks steadily climbed in number and scale of violence since the first edition of this book. New tactics emerged, as terrorists continually hit the "reset button" with each attack. In this volatile, ever-changing security environment, plans to protect people and property must be fluid and adaptable. Along with new hardening tactics, such as the use of tactical deception to disguise, conceal, and divert, the author has updated the text with new case studies to reflect and respond to the fast-moving transformation in methods from more complex and organized forms of terror to simpler, yet still-devastating approaches. This book is a must-read for those who secure, own, and operate soft target facilities, and for citizens who want to protect themselves and their families from attack.

2. The Psychology of Soft Target and Our Unique Vulnerability

4. Domestic Terrorism and the Homegrown Threat

Dr. Jennifer Hesterman, US Air Force (retired), served three Pentagon tours, commanded both logistics support and mission support squadrons, and served as a base commander in the months following the attacks of 9/11. Her last assignment was vice commander, 316th Wing, at Andrews Air Force Base, Maryland, the home of Air Force One. In this role, she was responsible for installation security, force support, and the 1st Helicopter Squadron, and regularly escorted the President and other heads of state on the ramp. Her decorations include the Legion of Merit, the Meritorious Service Medal with five oak leaf clusters, and the Global War on Terrorism medal.

Dr. Hesterman has a doctoral degree from Benedictine University, master of science degrees from Johns Hopkins University and Air University, and a bachelor of science from Penn State University. In 2003, she was a national defense fellow at the Center for Strategic and International Studies in Washington, DC, where she immersed herself in a year-long study of the nexus between organized crime and international terrorism. The resulting book won the 2004 Air Force research prize and was published by AU Press. She is also a 2006 alumnus of the Harvard Senior Executive Fellows Program.

After her retirement from the military in 2007, Dr. Hesterman worked as a private contractor in Washington, DC, studying international and domestic terrorist organizations, transnational threats, organized crime, and terrorist and criminal exploitation of the Internet. This unique background, combined with experience protecting and defending military installations and two years living in the Middle East, led to her work in soft target hardening. Dr. Hesterman provides training and security assessments for Fortune 500 companies, Major League Baseball, universities, K–12 schools, churches, malls, hospitals, hotels, and airports. She is vice president for Business Resiliency and Education Services for Watermark Risk Management International, a member of the board of directors for the International Foundation for Protection Officers, and advises the Homeland Security Training Institute at the College of DuPage. She previously served as a senior fellow at the Center for Cyber and Homeland Security at George Washington University, serving on the Homeland Security and Emergent Threats panel.

An academic author for Taylor and Francis, her book Soft Target Hardening: Protecting People from Attack was the ASIS Security Book of the Year for 2015. She also authored Soft Target Crisis Management (2016), The Terrorist-Criminal Nexus (2013), and more than thirty book chapters, journal essays, and magazine articles. She designs and teaches graduate-level security courses for the federal government and is a sought after public speaker for the FBI, DHS, ASIS, DoD, and state and local law enforcement agencies. She is also on the ASIS School Safety and Security and Women in Security councils. Dr. Hesterman can be reached at [email protected] She would like to thank family, friends, and colleagues for their continued support of her work.