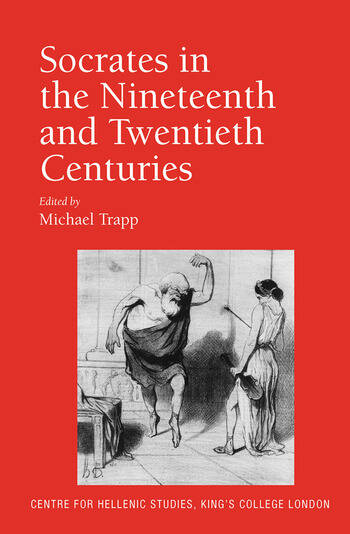 Socrates in the Nineteenth and Twentieth Centuries

Socrates, son of Sophroniscus, of Alopece is arguably the most richly and diversely commemorated - and appropriated - of all ancient thinkers. Already in Antiquity, vigorous controversy over his significance and value ensured a wide range of conflicting representations. He then became available to the medieval, renaissance and modern worlds in a provocative variety of roles: as paradigmatic philosopher and representative (for good or ill) of ancient philosophical culture in general; as practitioner of a distinctive philosophical method, and a distinctive philosophical lifestyle; as the ostensible originator of startling doctrines about politics and sex; as martyr (the victim of the most extreme of all miscarriages of justice); as possessor of an extraordinary, and extraordinarily significant physical appearance; and as the archetype of the hen-pecked intellectual. To this day, he continues to be the most readily recognized of ancient philosophers, as much in popular as in academic culture. This volume, along with its companion, Socrates from Antiquity to the Enlightenment, aims to do full justice to the source material (philosophical, literary, artistic, political), and to the range of interpretative issues it raises. It opens with an Introduction summarizing the reception of Socrates up to 1800, and describing scholarly study since then. This is followed by sections on the hugely influential Socrateses of Hegel, Kirkegaard and Nietzsche; representations of Socrates (particularly his erotic teaching) principally inspired by Plato's Symposium; and political manipulations of Socratic material, especially in the 20th century. A distinctive feature is the inclusion of Cold War Socrateses, both capitalist and communist.

Michael Trapp is Professor of Greek Literature and Thought in the Department of Classics, King's College London, UK.

’The contributors display prodigious scholarship as they explore such themes as Socratic irony, homoeroticism, and the poltical art. All of the essays are informative and interesting...Recommended.’ Choice

Socrates in the Nineteenth and Twentieth Centuries