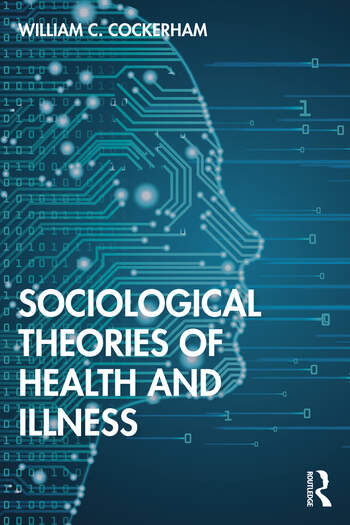 Sociological Theories of Health and Illness

Sociological Theories of Health and Illness reviews the evolution of theory in medical sociology beginning with the field’s origins in medicine and extending to its present-day standing as a major sociological subdiscipline. Sociological theory has an especially important role in the practice of medical sociology because its theories distinguish the subdiscipline from virtually all other scientific fields engaged in the study of health and illness. The focus is on contemporary theory because it applies to contemporary conditions; however, since theory in sociology is often grounded in historical precedents and classical foundations, this material is likewise included as it relates to medical sociology today.

This book focuses on the most commonly used sociological theories in the study of health and illness, illustrating their utility in current examples of empirical research on a wide range of topics. The qualitative or quantitative research methods applicable to specific theories are also covered. Distinctions between macro and micro-level levels of analysis and the relevance of the agency-structure dichotomy inherent in all theories in sociology are discussed. Beginning with classical theory (Durkheim, Weber, and Marx) and the neglected founders (Gilman, Martineau, and DuBois), along with symbolic interaction (Mead, Strauss) and labeling theory (Becker), and poststructuralism and postmodernism (Foucault), coverage is extended to contemporary medical sociology. Discussion of the stress process model (Pearlin) is followed by the social construction of gender and race and intersectionality theory (Collins), health lifestyle theory (Cockerham), life course theory (Elder), fundamental cause theory (Link and Phelan), and theories of the medical profession (Freidson), medicalization and biomedicalization (Conrad, Clarke), and social capital (Bourdieu, Putnam, and Lin).

Chapter 1 The Evolution of Sociological Theory in Medical Sociology

Chapter 2 The Survival of the Sick Role

Chapter 3 The Fall of Marxism

Chapter 7 The Intersectionality of Gender, Race, and Class

Epilogue The Future of Theory in Medical Sociology

William C. Cockerham is Distinguished Professor of Sociology and Chair Emeritus at the University of Alabama at Birmingham and Research Scholar of Sociology at the College of William and Mary. Currently a Deputy Editor of the Journal of Health and Social Behavior, he has served on the editorial board of several journals, including the American Sociological Review and Society and Mental Health. He is author of Medical Sociology, 14th ed. (Routledge 2017) and Sociology of Mental Disorder, 10th ed. (Routledge 2017).

Sociological Theories of Health and Illness