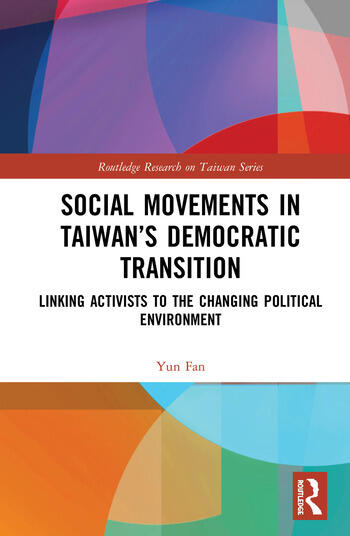 Examining the relationships between activists and the changing political environment, this book analyzes the trajectories of three major social movements in Taiwan during the country’s democratic transition between 1980 and 2000. In doing so, it explores why the labor and environmental movements became less partisan, while the women’s movement became more so.

Providing a comparative discussion of these critical social movements, this book explores key theoretical questions and presents a rich and comprehensive analysis of social activism during this period of Taiwan’s political history. It focuses on causal mechanisms and variation and thus avoids the tautological trap of finding an "improving" political opportunity structure wherever a social movement is flourishing. Drawing on extensive data from over 140 activists’ demographic backgrounds, the discussion also builds upon existing studies of the "biographical" aspects of contention. This study then asks further questions about how certain tactics are chosen, not only how a repertoire of contention comes to have the shape it does.

Combining both a theoretical and an empirical approach, this book will be useful to students and scholars of Taiwanese politics and society, as well as social movements and democracy more generally.

1. Introduction: How Do Activists Matter?

3. From "Political Man" to "Class Man": The Ideological Transformation of The Labor Movement Leadership

Yun Fan is an Associate Professor of Sociology at National Taiwan University. Her research interests include social movements, civil society, and identity politics.