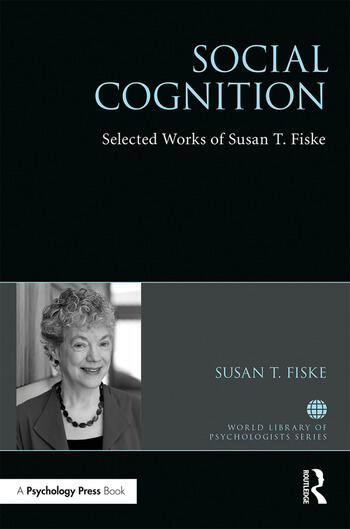 In the World Library of Psychologists series, international experts present career-long collections of what they judge to be their finest pieces—extracts from books, key articles, salient research findings, and their major practical theoretical contributions.

Susan T. Fiske has an international reputation as an eminent scholar and pioneer in the field of social cognition. Throughout her distinguished career, she has investigated how people make sense of other people, using shortcuts that reveal prejudices and stereotypes. Her research in particular addresses how these biases are encouraged or discouraged by social relationships, such as cooperation, competition, and power. In 2013, she was elected to the National Academy of Sciences, and, in 2011, to the British Academy. She has also won several scientific honours, including the Guggenheim Fellowship, the APA Distinguished Scientific Contributions Award, the APS William James Fellow Award, as well as the European Federation of Psychologists’ Associations Wundt-James Award and honorary degrees in Belgium, the Netherlands, Spain, and Switzerland.

This collection of selected publications illustrates the foundations of modern social cognition research and its development in the late twentieth and early twenty-first century. In a specially written introductory chapter, Fiske traces the key advances in social cognition throughout her career, and so this book will be invaluable reading for students and researchers in social cognition, person perception, and intergroup bias.

Part I. Cognitive misers: The origins of social cognition

Susan T. Fiske is Eugene Higgins Professor, Psychology and Public Affairs, at Princeton University. She is known for her research on social cognition, and her research in particular addresses how stereotyping, prejudice, and discrimination are encouraged or discouraged by social relationships, such as cooperation, competition, and power. In 2013, she was elected to the National Academy of Sciences. She has also won several scientific honours: the Guggenheim Fellowship, the APA Distinguished Scientific Contributions Award, the APS William James Fellow Award, the Society for the Psychological Study of Social Issues Kurt Lewin Award, and the Society for Personality and Social Psychology Donald T. Campbell Award.