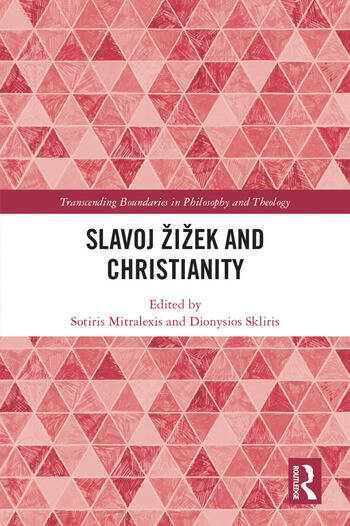 Slavoj Žižek’s critical engagement with Christian theology goes much further than his seminal The Fragile Absolute (2000), or his The Puppet and the Dwarf (2003), or even his discussion with noted theologian John Milbank in The Monstrosity of Christ (2009). His reading of Christianity, utilising his signature elements of Lacanian psychoanalysis and Hegelian philosophy with modern philosophical currents, can be seen as a genuinely original contribution to the philosophy of religion. This book focuses on these aspects of Žižek’s thought with either philosophy and cultural theory, or Christian theology, serving as starting points of enquiry.

Written by a panel of international contributors, each chapter teases out various strands of Žižek’s thought concerning Christianity and religion and brings them into a wider conversation about the nature of faith. These essays show that far from being an outright rejection of Christian thought and intellectual heritage, Žižek’s work could be seen as a perverse affirmation thereof. Thus, what he has to say should be of direct interest to Christian theology itself.

Touching on thinkers such as Badiou, Lacan, Chesterton and Schelling, this collection is a dynamic reading and re-reading of Žižek’s relationship to Christianity. As such, scholars of theology, the philosophy of religion and Žižek more generally will all find this book to be of great interest.

1 The Slovenian and the Cross: Transcending Christianity’s Perverse Core with Slavoj Žižek

2 Žižek and the Dialectical Materialist Theory of Belief

3 From Psychoanalysis to Metamorphosis: The Lacanian Limits of Žižek’s Theology

4 "No wonder, then, that love itself disappears": Neighbor-Love in Žižek and Meister Eckhart

5 Concrete Universality: Only That Which Is Non-All Is for All

6 Pacifist Pluralism versus Militant Truth: Christianity at the Service of Revolution in the Work of Slavoj Žižek

9 Murder at the Vicarage: Žižek’s Chesterton as a Way out of Christianity

10 Žižek and the Dwarf: a Short-Circuit Radical Theology