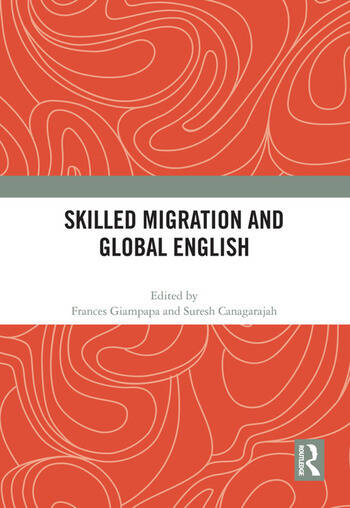 The impact of globalisation is increasingly evident through both mass migration and the social, political, and economic changes that have produced new and growing social divides. The increased mobility and the opening of national borders that have arisen as part of these changes has also meant a rise in the diversification of migration (superdiversity) in all its forms. The multi-sited flows of people have also led to the flow of knowledge, culture, and languages. English – as a global language – has taken on a prominent role in the neoliberal discourses of commodification, value and distinction, and the role of language in the reproduction of social inequalities.

This edited volume explores a range of issues related to the role of language. In particular, it addresses competency in English and multilingualism, both of which facilitate success for skilled migrants in the workplace and enable them to contribute to development efforts in their home communities. In more general terms, the book looks at the communicative competencies and language resources which skilled migrants require in order to engage productively in professional and development endeavours. It examines the notion that English is the linguistic capital for skilled migration, given its global status in higher education, development, and professional communication. This book was originally published as a special issue of Globalisation, Societies and Education.

6. English: its role as the language of comity in an employment programme for Canadian immigrants Mabelle Paderez Victoria

Frances Giampapa is a Senior Lecturer in Education (TESOL/Applied Linguistics) at the School of Education, University of Bristol, UK. Using linguistic ethnography, her research focuses on issues relating to language and identities within multilingual contexts as a result of increased global migration. Her contribution to the Routledge Handbook of Language and Identity (2016) investigates the positionalities and field politics of being and becoming an ethnographer.

Suresh Canagarajah is the Erle Sparks Professor and Director of the Migration Studies Project at Pennsylvania State University, USA. His most recent publication is Translingual Practice: Global Englishes and Cosmopolitan Relations (Routledge, 2013), which won the best book award from AAAL, BAAL, and MLA. He was formerly the editor of TESOL Quarterly and President of the American Association of Applied Linguistics.