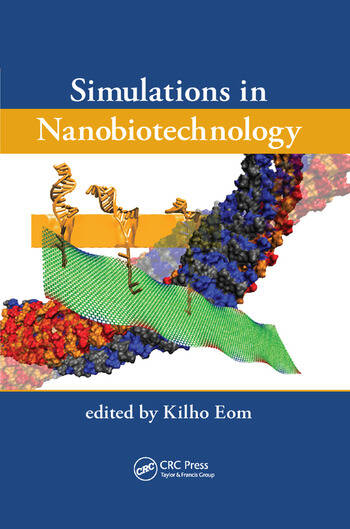 Discussing advances in modeling techniques and their applications, Part 2:

The development of experimental apparatuses has paved the way to observing physics at the nanoscale and opened a new avenue in the fundamental understanding of the physics of various objects such as biological materials and nanomaterials. With expert contributors from around the world, this book addresses topics such as the molecular dynamics of protein translocation, coarse-grained modeling of CNT-DNA interactions, multi-scale modeling of nanowire resonator sensors, and the molecular dynamics simulation of protein mechanics. It demonstrates the broad application of models and simulations that require the use of principles from multiple academic disciplines.

Dr. Kilho Eom received a Ph.D. degree from the University of Texas at Austin in 2005. Between 2005 and 2008, he was a research scientist (2005-2007) and senior research scientist (2008) at Korea Institute of Science and Technology. Since 2008, he has been a research professor in the Department of Mechanical Engineering in Korea University. He has expertise in nanomechanics, and nanoscale physics of various objects ranging from biological molecules and cells to nanomaterials. He has served the editorial board member for ISRN Computational Mathematics.