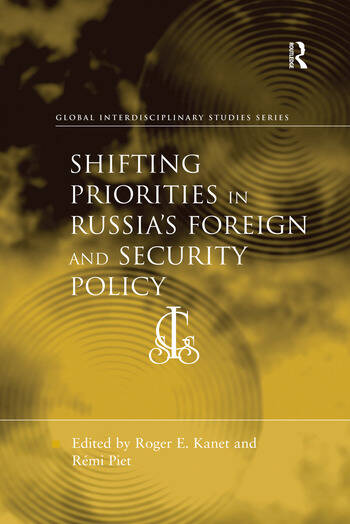 Given the resurgence of Russian economic capabilities and of Russia's role as a regional, even global, political actor, much of the literature written more than 4-5 years ago is already dated. The editor and contributors to this timely volume draw upon a broad range of analysts who deal with various aspects of Russian relations with its neighbours to the West and to the East. Implications for Russian foreign and security policy are key to understanding Russia's position in the 21st Century. Readers in Russian foreign and security policy; European, Eurasian, and Asian security; and contemporary international politics/security will find this volume invaluable.

’Bringing together a roster of authors who have an impressive record of collaborative work, some of the key issues in contemporary Russian foreign policy are analysed in this highly informative volume. Problems of identity formation, the effect of European Union enlargement on Russo-European relations, Russia’s turn to the East, the struggle to find a viable form of Eurasian integration, and the place of Central Asia in Sino-Russian relations are just some of the topics covered in this exceptionally readable and important volume.’ Richard Sakwa, University of Kent, UK ’Roger E. Kanet and Rémi Piet have assembled an excellent group of scholars to produce a comprehensive and judicious volume on Russia’s foreign policy, one that is notable for the attention it gives to the interplay between the internal and external sources of Russia's perceptions of, and conduct in, the world.’ Rajan Menon, City University of New York, USA '... there is much in this book that is praiseworthy. ... this volume is a welcome contribution to the literature and will be useful for policymakers as well as students of Russian foreign policy, post- Soviet politics, and international relations.' The Russian Review