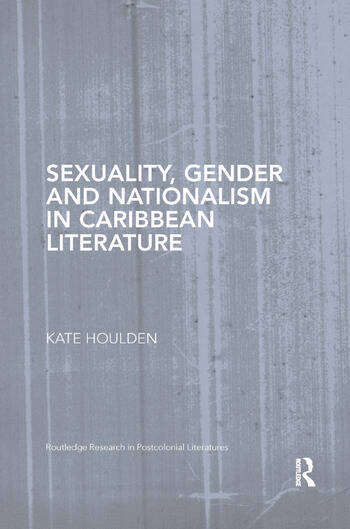 This book is the first to focus exclusively on issues of gender and sexuality in a range of post-war novels from the Anglophone Caribbean. Concentrating on the 1950s to the mid 1970s, it highlights the period's diversity of sexual concerns. New readings of seminal figures like Samuel Selvon and George Lamming are offered, in tandem with discussion of innovative, lesser-studied authors such as Andrew Salkey, Oscar Dathorne and Rosa Guy. Whereas this body of work has tended to be characterised as minimally engaged with sexuality and overly reliant on patriarchal, heteronormative frameworks, the book takes a different approach. First, it unpacks the motivations behind the masculinist bent of much of this writing, emphasising the anxieties underlying such assertion. It exposes both the gendered and sexual imperatives of the nationalist project and the destabilising effects of migration on masculine performance. Second, it brings to life a range of critically neglected same-sex desires. Framing such longing as both narratively and nationally disruptive, it recovers the marginalised erotic relations that challenge fantasies of national cohesion. As a result, the book opens up existing mappings of Caribbean fiction. Drawing on queer theory, feminism and masculinity studies, it highlights the ways in which sex both exceeds and threatens the imagined unity on which the nationalist vision depends.

Kate Houlden is a Senior Lecturer at Anglia Ruskin University. She has published widely on gender and sexuality in Caribbean literature and holds a PhD from the Department of English at Queen Mary, University of London.