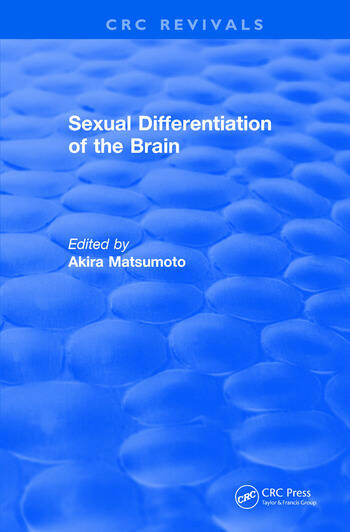 Sexual Differentiation of the Brain (2000)

"…an excellent book that should be on the shelves of all researchers and students who study sexual differentiation of the brain. It is up to date, well illustrated and well written. It addresses provocative and sometimes controversial issues in a well-reasoned and dispassionate manner…editors and contributors have succeeded in compiling a volume that honors the distinguished scientist to whom it is dedicated."
--William Byne, Trends in Endocrinology and Metabolism

"…presents an excellent discussion of genetic versus hormonal contributions to brain organization…a succinctly informative discussion of the two major types of influences that hormones have upon the human brain and behavior…In summary, [the book] provides the researcher or academician with a comprehensive review of recent findings relating to endocrine influences underlying the sexual dimorphism of neural development and synapse formation, predominantly in species other than humans."
- Journal of the International Neuropsychological Society

Sexual Differentiation of the Brain (2000)