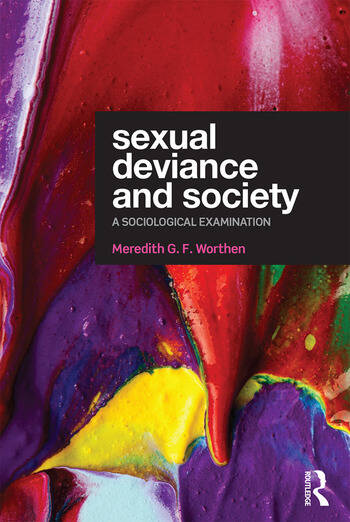 In a society where sexualized media has become background noise, we are frequently discouraged from frank and open discussions about sex and offered few tools for understanding sexual behaviors and sexualities that are perceived as being out of the norm. This book encourages readers to establish new ways of thinking about stigmatized peoples and behaviors, and to think critically about gender, sex, sexuality and sex crimes.

uses sociological theories of crime, deviance, gender and sexuality to construct a framework for understanding sexual deviance. This book is divided into four units:

Utilizing an integrative approach that creates a dialogue between the subjects of gender, criminology and deviance, this book is a key resource for students interested in crime and deviance, gender and sexuality, and the sociology of deviance.

Unit I: Sociology of Deviance and Sexuality

3. Theories of Crime and Deviance

Meredith Gwynne Fair Worthen is an Associate Professor of Sociology, elected faculty member of the Women’s and Gender Studies Program, and faculty affiliate of the Center for Social Justice at the University of Oklahoma, USA.