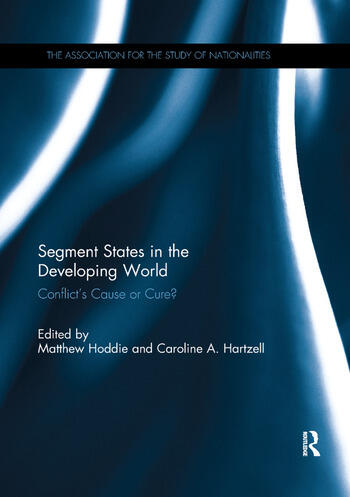 Segment States in the Developing World: Conflict's Cause or Cure?

Philip Roeder’s study, Where Nation States Come From: Institutional Change in the Age of Nationalism, criticizes the use of territorial autonomy arrangements. Roeder contends that provisions for autonomy typically fail to manage tensions effectively between rival ethnic communities. Roeder further argues that provisions for autonomy actually enhance the likelihood that countries will experience interethnic tensions and dissolve along communal lines.

This volume offers a critical examination of Roeder’s claim of a causal relationship between autonomy arrangements and increasing interethnic tensions. It presents case studies of territorial autonomy in the developing states of India, Nicaragua, Cameroon, and China. The case studies suggest that autonomy arrangements may in fact have pacifying effects under particular circumstances. The book concludes with a rejoinder by Roeder in which he offers a vigorous defense of his theory.

This book was originally published as a special issue of Ethnopolitics.

3. Nation-State Crises in the Presence and Absence of Segment States: The Case of Nicaragua Caroline A. Hartzell

4. Why Federalism Did Not Lead to Secession in Cameroon Andreas Mehler

Matthew Hoddie is associate professor of political science at Towson University. He is a co-author of Crafting Peace: Power-Sharing Institutions and the Negotiated Settlement of Civil Wars and co-editor of Strengthening Peace in Post-Civil War States: Transforming Spoilers into Stakeholders.

is professor of political science at Gettysburg College. She is a co-author of Crafting Peace: Power-Sharing Institutions and the Negotiated Settlement of Civil Wars and co-editor of Strengthening Peace in Post-Civil War States: Transforming Spoilers into Stakeholders.

Segment States in the Developing World: Conflict's Cause or Cure?