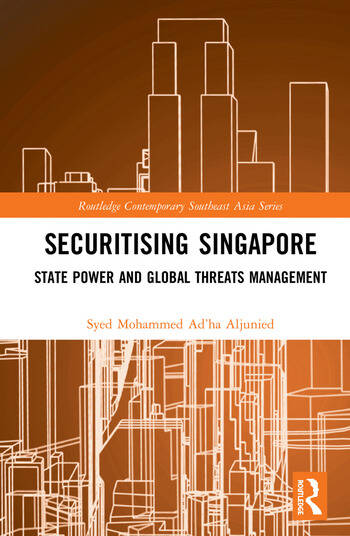 Aljunied examines how the Singaporean government developed a comprehensive state–society strategic relationship by ‘securitising’ vital policy areas because of Singapore’s vulnerability as a global city state.

In the twenty-first century, the Singaporean government has strategically renewed an existing form of authoritarian rule by ‘militarising’ national security governance. The main objective is to widen and deepen state power. Senior military-trained civilian political leaders and bureaucrats use military personnel, command and control, terminology and strategy of war to deal with non-traditional security challenges leading to the state’s further domination over civil liberty and civil society. Aljunied analyses the information and communication, health and climate–environment sectors. The case studies highlight the way the Singaporean government has used varying forms of political engagement, surveillance and legislation to limit civil liberty and inhibit the development of civil society.

This book is a valuable resource for researchers and students of Singapore Studies as well as for the readers of Security Studies with an interest in the global–local nexus in a small state context. It is a pioneering scholarly study on the national security framework and the use of non-traditional security discourse to strengthen state power and social stability at the expense of political liberalism.

Syed Mohammed Ad’ha Aljunied holds a PhD from the University of Western Australia.