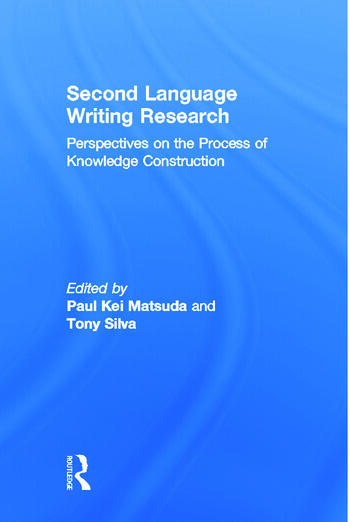 In this original volume, eighteen researchers from different parts of the world reflect on their own research projects, providing insights into key methodological issues in research on second language writing. By offering a glimpse into the process of constructing and negotiating knowledge in the field--the messy space of situated practices of inquiry--it helps to demystify the research process, which can appear in published studies and in introductory methodology guides to be neater and more orderly than it actually is.

Taking a broad conception of research as inquiry that emphasizes the situated and constructed nature of knowledge in the field, Second Language Writing Research: Perspectives on the Process of Knowledge Construction encourages multiple forms of inquiry, including philosophical, narrative, and historical modes. Empirical inquiry as presented in this book encompasses both quantitative and qualitative approaches as well as those that strategically combine them. A helpful discussion of the "nuts and bolts" of developing sustainable research programs is also provided. The volume as a whole facilitates a situated, issue-driven research practice. Its unique focus on second language writing research makes it an invaluable resource for both novice and experienced researchers in the field.

"...an excellent volume....the book will be an invaluable aid to new researchers seeking to define their own perspectives on methodology and analysis"—The Canadian Modern Language Review

"The volume as a whole facilitates a situated, issue-driven research practice. Its unique focus on second language writing research makes it an invaluable resource for both novice and experienced researcher in the field."—CSA Linguistics and Language Behavior Abstracts

"...this volume makes an important contribution because there is currently scant discussion on methodological practices in the field. Certainly, this collection succeeds in shedding light on the issues and challenges surrounding L2 writing research."—Studies in Second Language Acquisition

"Second Language Writing Research: Perspectives on the Process of Knowledge Construction is substantive, thought-provoking, and relevant. This is a wonderful collection--a pleasure to read!"—Ann Johns, San Diego State University

"Although the majority of the chapters in Second Language Writing Research are more qualitatively than quantitatively oriented, they provide the reader with multiple insights into the ways different methodologies might apply to specific research questions...This volume thus accomplishes all it sets out to do, namely, to help new researchers understand the intellectual and decision-making processes behind various methodologies. Moreover, the self-reflective orientation of each chapter paints a panoramic and hightly individualized picture of what it is like to carry out research in the field of second language writing."--Modern Language Journal, Volume 91.1, Spring 2007