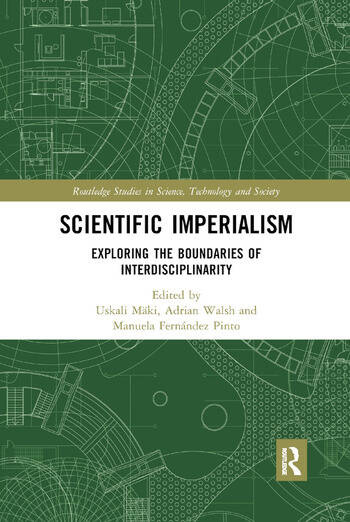 The growing body of research on interdisciplinarity has encouraged a more in depth analysis of the relations that hold among academic disciplines. In particular, the incursion of one scientific discipline into another discipline’s traditional domain, also known as scientific imperialism, has been a matter of increasing debate.

Following this trend, Scientific Imperialism aims to bring together philosophers of science and historians of science interested in the topic of scientific imperialism and, in particular, interested in the conceptual clarification, empirical identification, and normative assessment of the idea of scientific imperialism. Thus, this innovative volume has two main goals. Indeed, the authors first seek to understand interdisciplinary relations emerging from the incursion of one scientific discipline into one or more other disciplines, such as in cases in which the conventions and procedures of one discipline or field are imposed on other fields; or more weakly when a scientific discipline seeks to explain phenomena that are traditionally considered proper of another discipline’s domain. Secondly, the authors explore ways of distinguishing imperialistic from non-imperialistic interactions between disciplines and research fields.

The first sustained study of scientific imperialism, this volume will appeal to postgraduate students and postdoctoral researchers interested in fields such as Science and Technology Studies, Sociology of Science & Technology, Philosophy of Science, and History of Science.

Part I. A Philosophical Framing for Scientific Imperialism

5. Scientific Imperialism or Merely Boundary Crossing? Economists, Lawyers, and the Coase Theorem at the Dawn of the Economic Analysis of Law. Steven Medema

6. Rational Choice as Neo-Decisionism: Decision-Making in Political Science and Economics after 1945. Nicolas Guilhot and Alain Marciano

8. Crossing Boundaries, Displacing Previous Knowledge and Claiming Superiority: Is The Economics of Discrimination a Conquest of Economics Imperialism? Cléo Chassonnery-Zaïgouche

11. Scientific Imperialism and Explanatory Appeals to Evolution in the Social Sciences. Steve Downes

12. Logical Form, the First Person, and Naturalism about Psychology: The Case against Physicalist Imperialism. Frederique Janssen-Lauret

13. Is the Behavioral Approach a Form of Scientific Imperialism? An Analysis of Law and Policy. Magdalena Małecka and Robert Lepenies

15. Imperialism and Its Discontents: Competing Cultures of Evidence in the Discovery of Dark Energy. Genco Guralp

Uskali Mäki is an Academy Professor at the University of Helsinki, Finland and Director of the Academy of Finland Centre of Excellence in the Philosophy of the Social Sciences

is Professor of Philosophy at the University of New England, Australia

is an Assistant Professor in the Department of Philosophy at Universidad de los Andes, Colombia 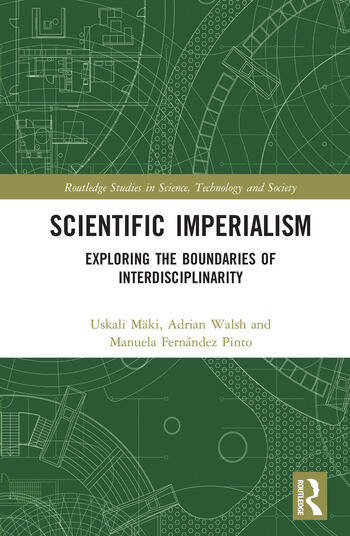