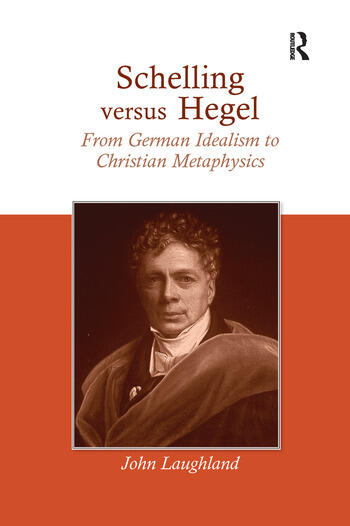 Schelling versus Hegel: From German Idealism to Christian Metaphysics

In tracing Friedrich von Schelling's long philosophical development, John Laughland examines in particular his disentanglement from German idealism and his reaction, later in life, against Hegel. He argues that this story has relevance beyond the facts themselves and that it explains much about the direction philosophy took in the century between the French Revolution and the rise of Communism. Schelling's development turned principally on the related questions of human liberty and the creation. Following a sharp disagreement with his old friend Hegel over the Phenomenology in 1807, Schelling wrote a short but brilliant essay on human freedom in 1809, after which he never published another word. In the remaining decades of his life (d. 1854) Schelling developed in an increasingly conservative and Christian direction, preoccupied with the relationship between Christianity and metaphysics. In numerous lectures and unpublished works, he attacked what he saw as the hubris and artificiality of Hegelian rationalism. However the path against which Schelling warned was the one which philosophy finally took. Schelling was determined to show how philosophy (especially ontology) explained and was explained by Christianity, and that both had been damaged by modern rationalism. But Hegel’s Marxist epigones who attended his later lectures scoffed and Hegelianism triumphed. This is an elegantly written and engaging study in the history of ideas of a philosopher on the losing side.

John Laughland has been a lecturer in philosophy and politics at the Institute of Political Studies in Paris, at the Sorbonne Nouvelle (Paris III), at the University of St. Pius V in Rome and at the University of Bucharest. He is the author of 'The Death of Politics: France under Mitterrand' (1994); 'The Tainted Source: the Undemocratic Origins of the European Idea' (1997) , 'Le tribunal penal international: gardien du nouvel ordre mondial (Paris, 2003) and 'Travesty: the Trial of Slobodan Milosevic and the Corruption of International Justics (2007). He is the editor of the current affairs quarterly, 'Geopolitical Affairs'.

'John Laughland has produced a masterful, scholarly, and compelling account of Schelling, uncovering entirely new and important material relating to the development of his later thought, and tracing with dexterity Schelling’s roots in, and passage beyond, German Idealism. Where Laughland really excels is in showing how Schelling is in dialogue with, and even influenced by, St. Thomas Aquinas. The Schelling presented here turns out to be a thoroughgoing Christian metaphysician, entirely undermining, Hegel’s claim to be the last word in Christian philosophy.' Revd Dr Laurence Paul Hemming, Heythrop College, University of London 'Laughland’s thesis is that Schelling’s philosophy is not idealism, but real-idealism. By stressing the realist aspect, Laughland makes a convincing point that instead of being closely tied with proto-idealist approaches such as Neoplatonism and Spinozism, as it is commonly believed, Schelling is indeed much closer to Aquinas and to Catholic Philosophy. The book is significant for addressing an issue that has hardly been addressed as such, while covering all periods of Schelling’s philosophical production.' Riccardo Pozzo, University of Verona, Italy ’... for the depth and breadth of his scholarship, the elegance of style, the precision and wisdom of his selectivity, Laughland’s study is currently the best thing on Schelling available in English.’ Heythrop Journal 'This book is full of genuine insights and at times shines with beautiful statements ... Laughland, a talented political philosopher, has done a great service for theologians ... Every theologian who is remotely interested in philosophy or metaphysics, or in the relationship between faith and reason, owes him a debt of gratitude.' Modern Theology

Schelling versus Hegel: From German Idealism to Christian Metaphysics