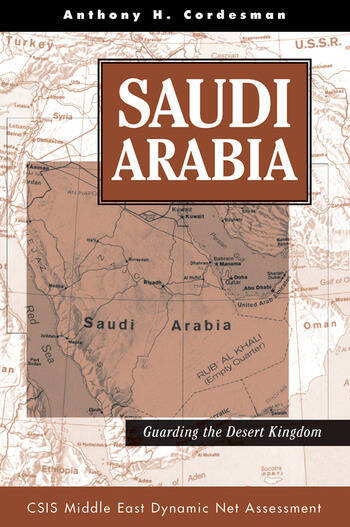 Since the Gulf War, Saudi Arabia's tenuous security situation has been altered by an ongoing U.S. presence. This volume provides detailed analysis of the state of the Saudi economy and military forces, its growing internal security problems and the stability of its regime, and its reliability as an energy exporter.

Anthony H. Cordesman has served in senior positions in the office for the secretary of defense, NATO, and the U.S. Senate. He is currently a senior fellow and Co-Director of the Middle East Program at the Center for Strategic and International Studies, an adjunct professor of national security studies at Georgetown University, and a special consultant on military affairs for ABC News. He lives in Washington, D.C.