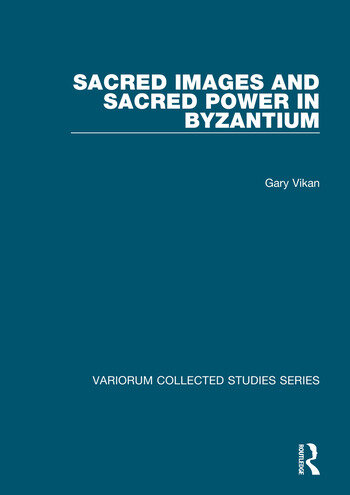 In these studies Gary Vikan has opened new perspectives on the daily life and material culture of Late Antiquity - more specifically, on icons and relics, and on objects revealing of the world of pilgrimage, the early cult of saints, and marriage. He contextualizes these familiar categories of object in the patterns of belief and ritual extracted from contemporary texts and the objects themselves, in order to understand their meaning within the everyday lives of those by whom and for whom they were made. The studies give a nuanced delineation of the inherently ambiguous boundary between conventional religion and magic, noting repeatedly those instances wherein the two are invoked in the same breath (and by way of the same art object), toward the same end. From this historically constructed matrix of art, belief, and ritual, the author derives an anthropologically defined paradigm of charisma and pilgrimage (applied in one essay, as an intriguing parallel, to deconstructing the world of a contemporary secular "saint," Elvis Presley).

'Dr Vikan ... has been an innovator in opening up fields of interest in Byzantine art, notably in pilgrimage and the history of the icon. His papers are full of important juxtapositions of objects and ideas... At a time when 'icon' has become the most over-used word in the English language, Dr Vikan offers a very refreshing set of 'ruminations'.' The Art Newspaper 'A must for all libraries with research collections on Christian art.' International Review of Biblical Studies ’These are the sorts of writings that can spark the interest of undergraduates, graduates, and mature scholars alike.’ The Catholic Historical Review