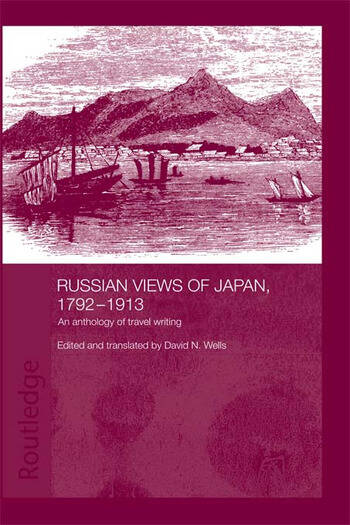 Before Japan was 'opened up' in the 1850s, contact with Russia as well as other western maritime nations was extremely limited. Yet from the early eighteenth century onwards, as a result of their expanding commercial interests in East Asia and the North Pacific, Russians had begun to encounter Japanese and were increasingly eager to establish diplomatic and trading relations with Japan. This book presents rare narratives written by Russians, including official envoys, scholars and, later, tourists, who visited Japan between 1792 and 1913. The introduction and notes set these narratives in the context of the history of Russo-Japanese relations and the genre of European travel writing, showing how the Russian writers combined ethnographic interests with the assertion of Russian and European values, simultaneously inscribing power relations and negotiating cultural difference.

David N. Wells is a senior librarian at Curtin University Library in Perth, Western Australia. He has published widely on Russian Literature, including two books on the poetry of Anna Akhmatova. He is joint editor (with Sandra Wilson) of The Russo-Japanese War in Cultural Perspectives, 1904-05.