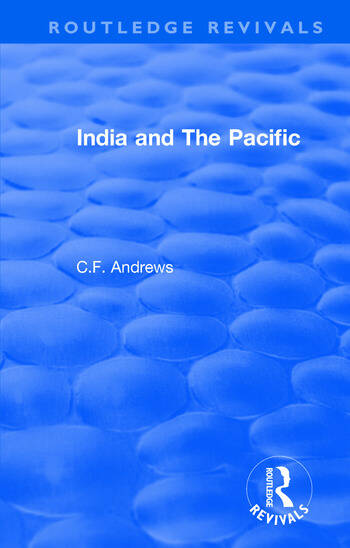 Routledge Revivals: India and The Pacific (1937)

First published in 1937, this book examines the changes in working conditions and vast improvements on sugar plantations in 20th century Fiji. By the 1930s, the sugar industry had become economically stronger through the substitution of the small tenant farm for the large plantation. Andrews examines how this led to a moral and social transformation in Fijian society. He also highlights many unsolved problems, and is aware that dependence on a single crop supported by imperial preference is too narrow a basis for progress in Fijian society. In the latter chapters Andrews reviews the position of Indian dispersion in the pacific, and reviews the relation of India itself to the pacific countries and Europe at a time when the British Empire was experiencing a great fall in prestige. There are also chapters that contain matters of specific interest to Australia, New Zealand, and Canada.

13. The Training of the Child

17. The Problem of the Tropics

19. India’s Place in the Pacific

Appendix A: The Fiji Census Report

Appendix B: Tagore and China

Routledge Revivals: India and The Pacific (1937)