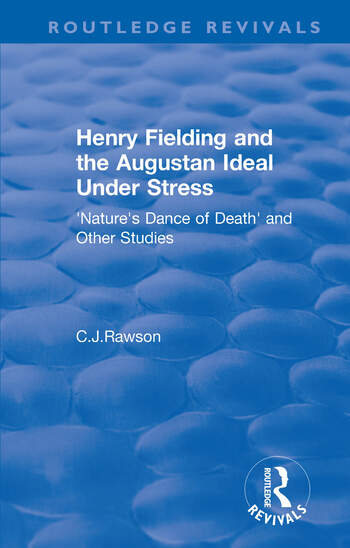 Routledge Revivals: Henry Fielding and the Augustan Ideal Under Stress (1972): 'Nature's Dance of Death' and Other Studies

Originally published in 1972, Henry Fielding and the Augustan Ideal Under Stress, focuses upon the various disruptive forces in the literary culture of the Augustan period – upon ‘Nature’s Dance of Death’. His discussion centres on aspects of Fielding’s writing in relation to Augustan culture and civilization. He also relates the works of such Augustans as Pope, Swift and Smollett, as well as some twentieth century writings, to his overall theme. He treats, among other topics the crises in stylistic ‘urbanity’ and in the ‘mock-heroic’ styles of this historically and artistically fascinating period.

Notes on Texts and Abbreviations

Part I: Nature’s Dance of Death

2. Nature and the Masteries of Style in Fielding, Swift and Pope

3. Nature, Cruel Circumstance and the Rage for Order: Amelia, with Reflections on Defoe, Smollett and Orwell

4. The Hero as Clown: Jonathan Wild, Felix Krull and Others

6. The World of Wild and Ubu

7. Fielding’s ‘Good’ Merchant: An Appendix on the Problem of Heartfree and Other ‘Good’ Characters in Fielding 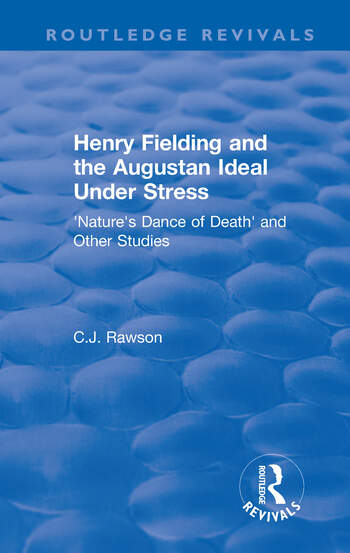 Routledge Revivals: Henry Fielding and the Augustan Ideal Under Stress (1972): 'Nature's Dance of Death' and Other Studies