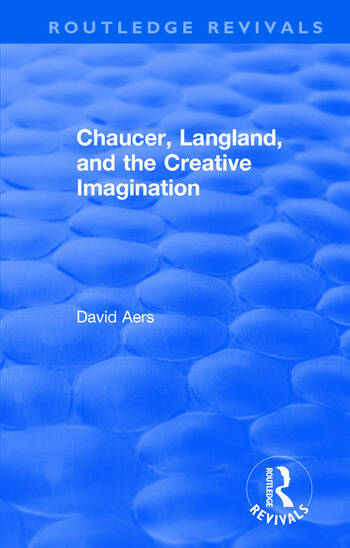 First published in 1980, this study of two renowned later fourteenth century English poets, Chaucer and Langland, concentrates on some major and representative aspects of their work. Aers shows that, in contrast to the mass conventional writing of the period, which was happy to accept and propagate traditional ideologies, Chaucer and Langland were preoccupied with actual conflicts, strains, and developments in received ideologies and social practices. He demonstrates that they were genuinely exploratory, and created work which actively questioned dominant ideologies, even those which they themselves revered and hoped to affirm. For Chaucer and Langland the imagination was indeed creative, involved in the active construction of meanings, and in their poetry they grasped and explored social commitments, religious developments and many perplexing contradictions which were subverting inherited paradigms.

2. Langland and the Church: Affirmation and Negation

3. Langland, Apocalypse, and the Saeculum