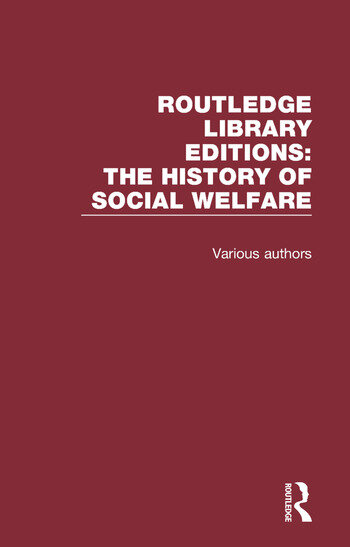 This set of 25 volumes, originally published between 1805 and 1992, amalgamates original nineteenth-century material and more recent research and analysis on the development of social welfare in Britain and Europe. From Elizabethan poor relief, through the Poor Laws of the nineteenth-century, to the establishment of the British National Health Service in the mid twentieth-century, this set provides a comprehensive overview of the germination and establishment of modern social welfare. Although the set mainly focuses on social welfare in Britain, it also contains some work on welfare in Europe.

This set will be of keen interest to those studying the history of social welfare, social policy, poverty and class.