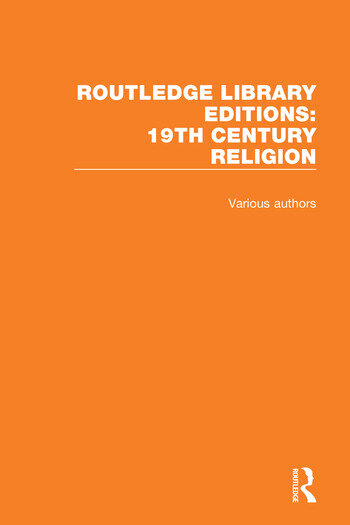 Reissuing works originally published between 1973 and 1997, Routledge Library Editions: 19th Century Religion (18 volumes) offers a selection of scholarship covering historical developments in religious thinking. Topics include the origin of Catholicism in America, sexual liberation and religion in Europe, and the emergence of Atheism in Victorian England. This set also includes collections of sermons and essays from some of the most influential preachers of the nineteenth century.

Multivolume collection by leading authors in the field.